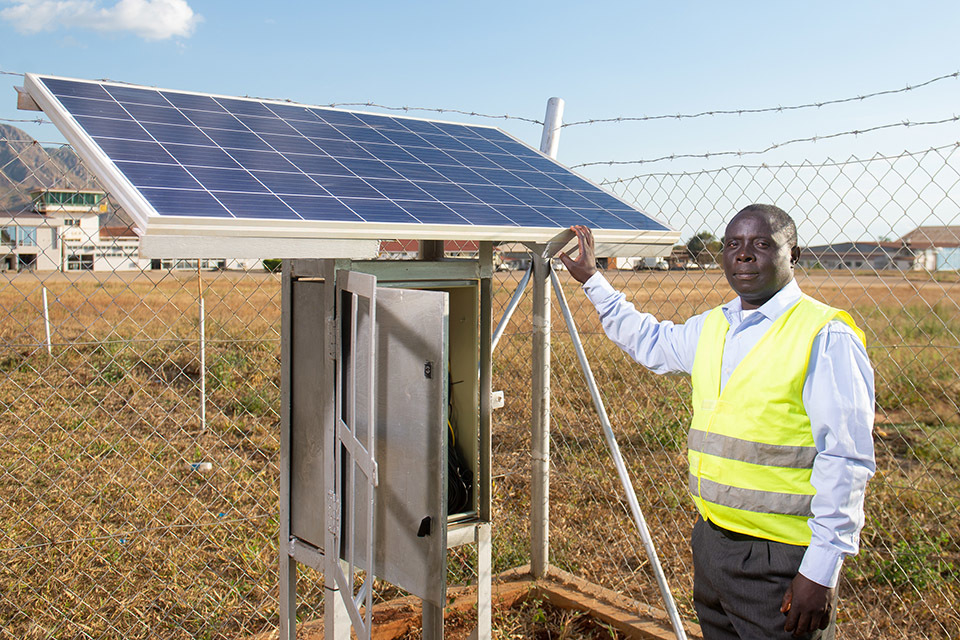 The UK is doubling support to help developing countries reduce their greenhouse gas emissions as part of efforts to help meet the global targets set in Paris.

The Green Climate Fund supports projects to protect and preserve natural habitats in the developing world, including in the Amazon where wildfires are currently destroying large areas of the forest. It also supports projects that reduce emissions and help people adapt to the impacts of climate change.

Ahead of the G7 session on climate change and the environment today (Monday 26 August) the Prime Minister announced the UK will double its contribution to the international Green Climate Fund (GCF) – which was established as part of the COP climate change process – over the next four years to adapt to the effects of climate change in the developing world.

It is estimated that existing GCF projects will help 300 million people cope with the effects of climate change and take the equivalent of 1.5 billion tonnes of carbon dioxide out of the atmosphere. That’s the same as taking 300 million cars off the road for a whole year or every plane out of the sky for 18 months.

The World Bank estimates 100 million people are at risk of being pushed into poverty by 2030 if action isn’t taken to tackle climate change.

This is a global problem that requires a global solution. Britain cannot solve such problems alone. Doubling the UK’s contribution to the world’s largest fund dedicated to tackling climate change will enable more investment in prevention and preparedness, and lever further private sector finance so we can achieve our climate change goals.

I am delighted that the UK is leading the world in a fight against climate change. Having committed to achieving net zero emissions by 2050, we have a responsibility to help other countries do the same.

The Green Climate Fund has supported millions of people in developing countries deal with the impacts of a changing climate. I’m really proud to announce that we are doubling our contribution and continue to work with other nations to tackle this global issue.

Today the Department for International Development and Department for Business, Energy and Industrial Strategy have pledged to contribute £1.44bn to the Green Climate Fund over the next four years. This doubles the UK’s previous contribution of £720m between 2014 and 2019.

Since GCF programmes began in 2015, the GCF has provided $5.2 billion to fund 111 projects and mobilised over $13.5 billion of private sector and other co-investment.

More than 40 countries are currently funding projects through the GCF – many alongside the private sector.

GCF projects are working with indigenous communities to prevent deforestation in the Amazon, increasing access to clean energy in Rwanda to reduce families’ dependence on diesel and kerosene, and installing solar power water pumps in Ethiopia to help people cope during drought.

The GCF has now invested almost all of its available resources in climate resilience and low carbon projects; this new support will help develop projects from 2020.

The UK sits on the board of the GCF alongside 23 other members from developed and developing countries. The GCF board allocates all funding, and as a major donor the UK, among other countries, gets a significant say on spending decisions.

As with all its aid spending, the UK tracks and scrutinises every penny we contribute to the GCF to ensure it is delivering results on the ground and value for UK taxpayers.