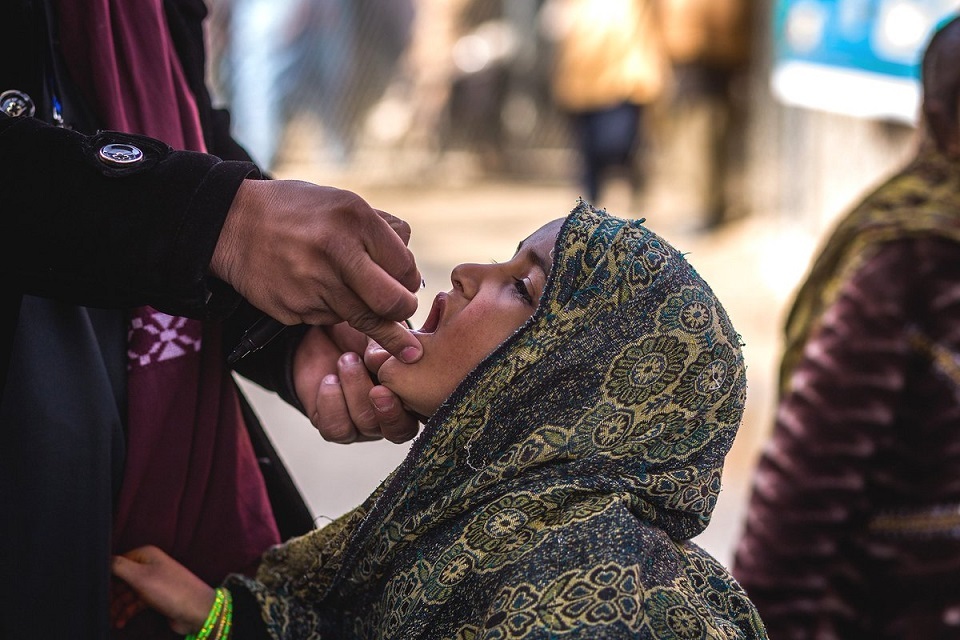 Without this new support, tens of thousands of children would be at risk of paralysis from the disease, which leaves many unable to walk for the rest of their lives.

The UK’s new package of up to £400 million will go towards the Global Polio Eradication Initiative. This means the UK, along with other donors, will help support more than 20 million health workers and volunteers to reach children with vaccines and other healthcare.

This funding which runs from 2020 to 2023 will help buy tens of millions doses of polio vaccine every year – enough to vaccinate more than 750 children a minute.

The UK’s new pledge will help global efforts to end the disease for good.

We have made tremendous progress to fight this debilitating disease, but our work must continue if we are to eradicate it for ever.

That’s why I am today committing fresh support to help immunise 400 million children a year around the world.

If we were to pull back on immunisations, we could see 200,000 new cases each year in a decade. This would not only be a tragedy for the children affected and their families, but also for the world. We cannot let this happen.

We have the ability to wipe polio off the face of the planet. But that will require more support to the Global Polio Eradication Initiative.

I’m excited to see the UK leading the way on this front. Their generosity will make a huge difference in eradicating this disease once and for all.

This new pledge brings UK support to end polio up to £1.7 billion since 1995. Thanks to global efforts, backed by the UK, more than 18 million people are currently walking who would otherwise have been paralysed by the virus.

Jim Bailey, a 63-year-old polio survivor from Belfast said of the new funding:

I contracted Polio in 1957. No child should have to go through what I and so many others have been through.

On my recent visit to Pakistan I saw for myself how UK aid is helping to end polio once and for all. This new UK aid support is great news, helping to pave the way for a polio-free world.