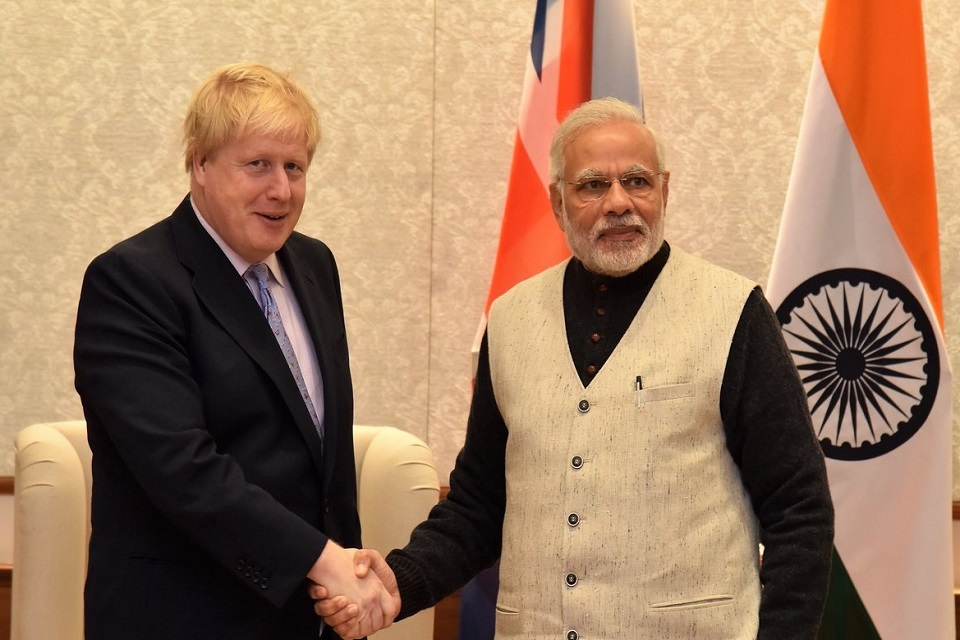 The British and Indian Prime Ministers have made an historic commitment to strengthen work between the UK and India over the next decade, bringing our countries, economies and people closer together and boosting cooperation in areas that matter to both countries.

During a virtual meeting today, the two leaders agreed a ‘2030 Roadmap’ which will provide a framework for UK-India relations across health, climate, trade, education, science and technology, and defence. The Roadmap includes commitments to:

The two countries also agreed to elevate the status of the relationship to a ‘Comprehensive Strategic Partnership’.

The breadth and depth of India’s relationship with the UK is underpinned by the living bridge between our people – with more Indian companies in the UK than in the rest of Europe combined and a vibrant Indian diaspora of 1.6 million Brits sharing deep connections between our countries.

During their meeting, the Prime Ministers undertook to work closely together in support of those values, including at next month’s G7 in Cornwall, which India is invited to as a guest nation.

Over the last week British business, civil society and the wider public have demonstrated the strength of the relationship between the UK and India by donating much-needed medical supplies to the country. During their call the Prime Minister and Prime Minister Modi agreed to continue to work together on our shared fight against coronavirus. They pointed to the Oxford-AstraZeneca vaccine, currently being produced by India’s Serum Institute, as an example of the power of UK-India cooperation.

The UK and India share many fundamental values. The UK is one of the oldest democracies, and India is the world’s largest. We are both committed members of the Commonwealth. And there is a living bridge uniting the people of our countries.

In the last week the British people have stepped up in their thousands to support our Indian friends during this terrible time in a demonstration of the deep connection between the UK and India.

This connection will only grow over the next decade as we do more together to tackle the world’s biggest problems and make life better for our people. The agreements we have made today mark the beginning of a new era in the UK-India relationship.

The scope of the 2030 Roadmap makes absolutely clear how much the UK and India can and must do together.

This is a defining moment in the UK-India partnership, as we look to rebuild from the economic and health impacts of Covid-19, and lay the foundations for a secure and prosperous decade.

Work towards the goals of the 2030 Roadmap will be reviewed annually by the British and Indian Foreign Ministers and ministers across both governments will hold regular meetings to progress shared ambitions.

The Integrated Review published in March this year is a comprehensive review of the UK’s Security, Defence, Development and Foreign Policy. It highlights the importance of the Indo-Pacific region to the UK’s security and prosperity.

Business PM call with European Round Table for Industry (ER…

Business Stephen Gibson appointed as RPC chair for the next…
0
✖