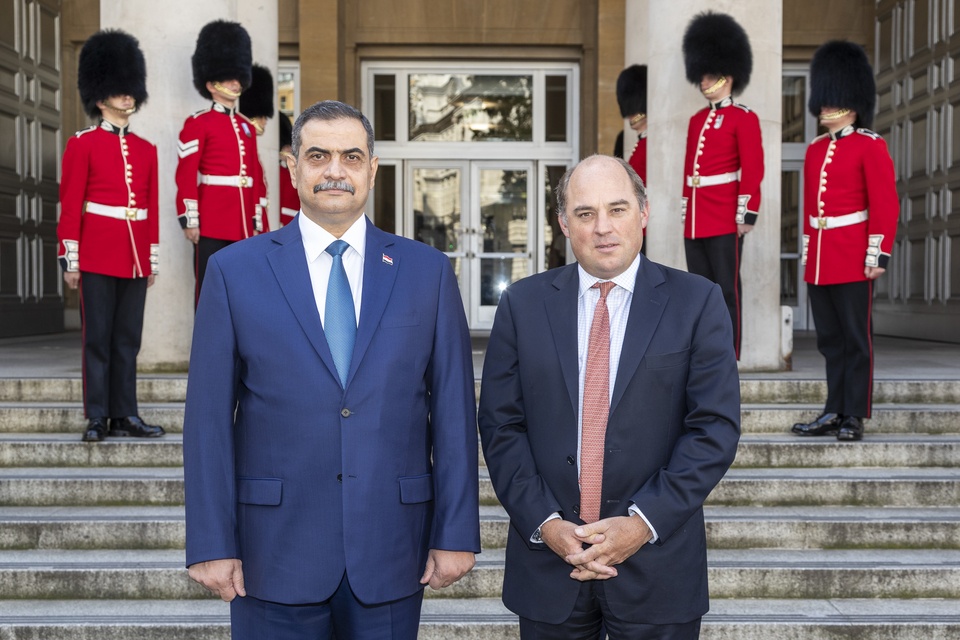 The work our personnel are doing in Iraq to help them combat the scourge of terrorism is absolutely vital. Not only are we making a valued international partner more self-sufficient for the future, but we are also keeping our own streets safer by suppressing the spread of Daesh’s evil ideology.

However, we are under no illusions and fully recognise that the threat from Daesh and al-Qaeda is still very real. This document is a signal of our commitment to continue to stand shoulder-to-shoulder with Iraq until that danger has been diminished, and also to form a longer-term defence relationship.

The UK currently has around 500 British personnel in Iraq, training and developing the skills and knowledge of local forces, as they deal with the ongoing insurgent threat from Daesh and other terrorist groups.

The deal signed today focuses on military education, while also confirming that the UK will work alongside Iraqi Security Forces to develop their intelligence structures and provide wider training and development.

In addition to targeting Daesh with airstrikes over Iraq and Syria, the UK has currently trained more than 103,000 Iraqi forces in infantry and weapons maintenance, counter IED, medical and engineering skills. This has already saved countless lives and is contributing to recent successful operations.

International Affairs 100 employers awarded for supporting the armed for…
0
✖