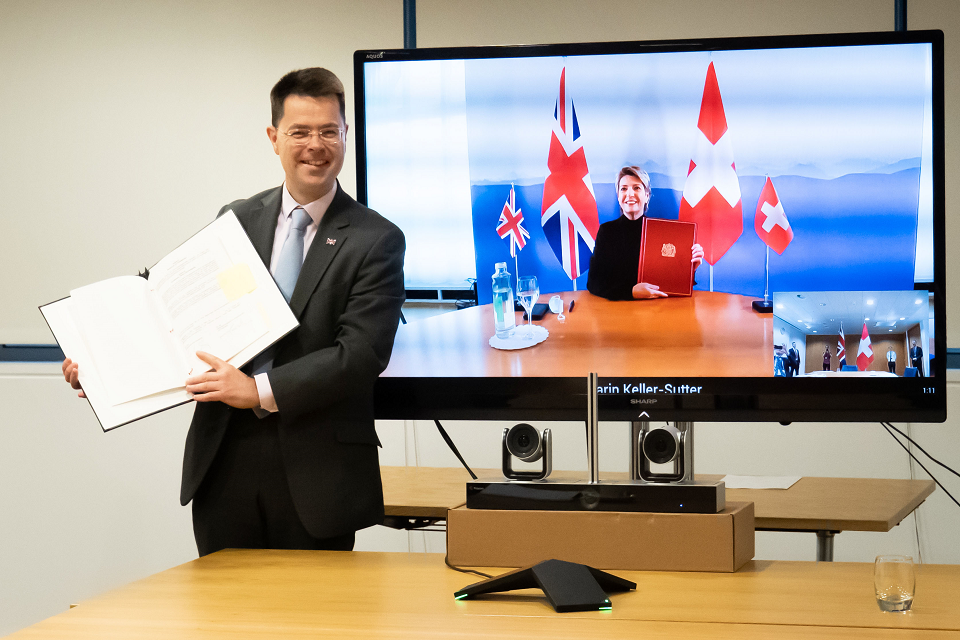 A new Police Cooperation Agreement between the UK and Switzerland has been signed which will further intensify joint UK-Swiss efforts to tackle crime.

It builds on a Memorandum of Understanding (MOU) signed by UK and Swiss Ministers in July 2019, which signalled the shared intention to explore more formal arrangements in order to further enhance co-operation between law enforcement partners in the future.

This agreement will facilitate the exchange of information and intelligence in order to assist investigations and tackle crime. It also commits the UK and Switzerland to undertake a range of activity together to strengthen joint capacity to combat crime, terrorism and corruption.

This is part of a wider suite of bilateral agreements agreed after the UK’s exit of the EU to maintain and strengthen the UK’s close links with Switzerland after the Transition Period.

The safety and security of our citizens is the Government’s top priority. Switzerland is an important crime and policing partner and we will use this agreement as a foundation through which to explore further enhancing our law enforcement and criminal justice co-operation.

By streamlining information flows between our countries, it will help to equip UK law enforcement with the tools they need to combat all forms of serious crime and terrorism.

Switzerland greatly appreciates the cooperation between our two countries. The UK is particularly active and experienced in fighting terrorism. The exchange of information is in our mutual interests, for the security of British and Swiss citizens.