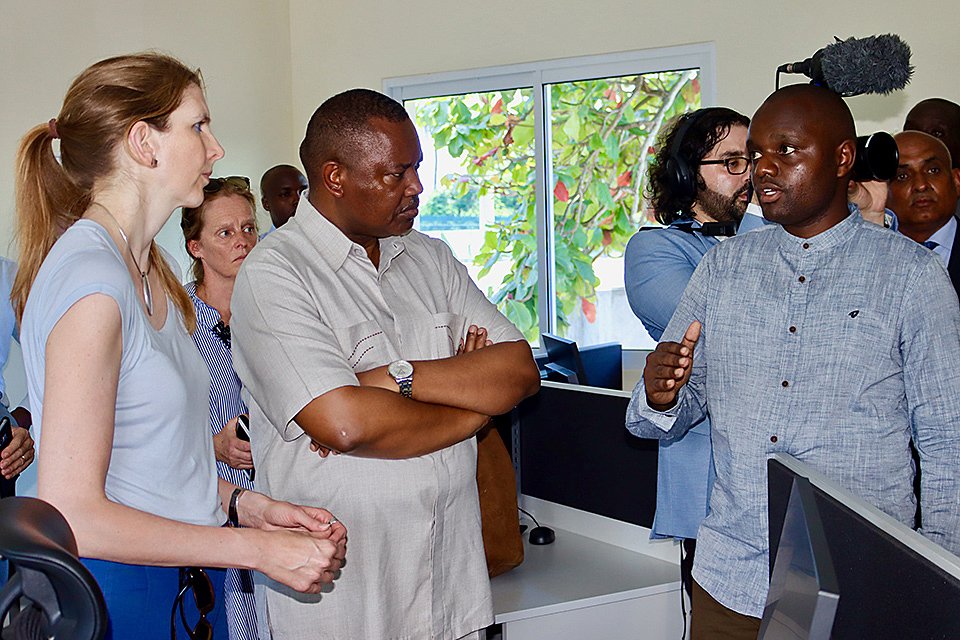 A UK-built and supported unit in Mombasa will help protect more vulnerable children from sexual predators and traffickers operating along the Kenyan Coast.

Officially opened by the British High Commissioner to Kenya Jane Marriott and the Director of Criminal Investigations (DCI) Mr George Kinoti, the Anti-Human Trafficking Child Protection Unit (AHTCPU) in Mombasa will deal specifically with the threat of Child Sexual Exploitation and Abuse (CSEA) and Child Trafficking suspected to be taking place on the Kenyan coast.

A 2018 report by the International Child Protection Conference revealed that CSEA cases have been increasing at an alarming rate in Kenya. This new unit will enable the National Police Service of Kenya to respond to more suspected cases in remote coastal areas using three UK-donated 4×4 vehicles including the first mobile laboratory of its kind in Kenya. The mobile laboratory will allow police to conduct victim interviews and examinations.

The Anti-Human Trafficking Child Protection Units are just the start in the fight against Child Sexual Exploitation and Abuse in Kenya. The UK, along with the National Police Service of Kenya, and key international agencies such the United Nations Office for Drugs and Crime, Interpol and UNICEF, is proud to have provided support, funding and mentoring to tackle this serious problem head on with our Kenyan partners.

A spokesperson for the UK’s National Crime Agency said:

We are immensely proud to have helped with the creation of this unit. International cooperation protects children and reduces offenders’ opportunities. The work also has direct benefits for the UK because indecent images of children produced in Kenya are viewed and shared all over the world and there have been cases of UK nationals going to Kenya to abuse vulnerable children.

The UK’s National Crime Agency (NCA), with the support of the UK Conflict, Stability and Security Fund and Home Office, has been working in partnership with the National Police Service of Kenya on developing an operational Child Protection Unit in Nairobi since 2016. The first of its kind in Africa, the Nairobi unit is supporting victims of sexual abuse and exploitation throughout Kenya. In 2019, the Nairobi unit dealt with 52 cases, made 16 arrests and safeguarded 72 children, with 32 of the 72 children rescued, victims of trafficking from bordering countries including Uganda, Ethiopia and Tanzania.

This new Mombasa Child Protection Unit will build on the important work done by the Nairobi Unit. In addition to providing support for the building of the unit and donation of vehicles, the UK has provided vital training and mentorship to more than 30 personnel who operate out of the Nairobi and Mombasa units. In recognition of the UK support, the National Police Service of Kenya has boosted the number of personnel tackling CSEA and Child Trafficking in the units from 12 in 2016 to 33 personnel in 2020. Overseen by Superintendent Mueni Mutisya, the units employ 12 female personnel including two Chief Inspectors and two Inspectors.

If anybody has information about suspected Child Abuse/Trafficking or suspects please call the Kenya Child Helpline number, which is 116, and support should come your way.