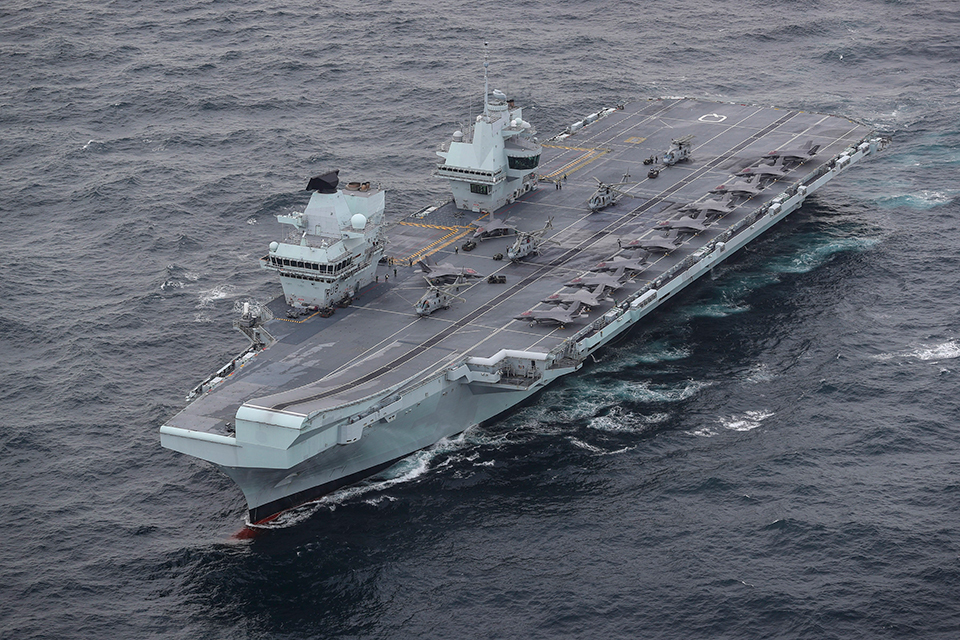 The CSG21 deployment will take place over 28 weeks, from May to December 2021, and will see the Strike Group travel over 26,000 nautical miles of ocean including passage through the Mediterranean, the Red Sea, the Gulf of Aden, the Arabian Sea, the Indian Ocean and the Pacific Ocean. As well as Japan, CSG21 will visit three other key partners: Singapore, the Republic of Korea and India.

In an era of systemic competition and changing threats, CSG21 will bolster the UK’s ability to deliver its defence, foreign policy and trade objectives alongside key allies. Its deployment to the Indo-Pacific will enhance the enduring defence relationships it holds there as the UK looks to pursue deeper engagement in the region in support of shared prosperity and regional stability, with stronger diplomatic and trading ties.

The UK recognises the importance of the region globally, supports the freedom of passage through vital trading routes and is committed to a recognised international system of norms and behaviours that benefit all countries.

The CSG21 visit to Japan and bilateral and multilateral military exercises also represent the UK’s increased cooperation with Japan and a deepening of the two countries’ relationship.

The Carrier Strike Group’s engagement with Japan will enhance the already deep defence partnership between our two countries.

The deployment is a symbol of ‘Global Britain’ in action and demonstrates our commitment to Japan, the Indo-Pacific region, and confronting threats to international order”.

CSG21 will be joined by vessels from the United States and a frigate from the Netherlands. As well as exercises involving Japan’s Self Defence Forces during its deployment, CSG21 will operate with air and maritime forces from a wide number of international partners including Australia, Canada, New Zealand, France, UAE, Denmark, Greece, Italy, Turkey, Israel, India, Oman, and the Republic of Korea.

The visit of CSG21 to Japan will be significant moment for both nations and shows just how important the relationship with Japan is to the UK.

The Government made clear in its Integrated Review that Japan is one of our closest strategic partners, including on security. We are committed to deepening this partnership, and to working even more closely through new trade agreements, deeper partnership in science, technology and data, and on tackling global challenges like climate change. The visit will also be an opportunity to advance our partnership in these areas.

The UK will continue to work in closely with Japan to ensure all engagements will be delivered safely and all entry requirements are adhered to. Personal safety is paramount both for those immediately involved in the CSG21 operations and wider populations.

In preparing for the deployment several protective measures are planned including social distancing as much as possible, ‘bubbling’ and isolating, enhanced sanitisation, personal protective equipment and testing. All personnel deploying on CSG21 will have been offered vaccination against COVID-19.

For press enquiries: Ministry of Defence

Coronavirus Customers reminded to look out for tax credits ren…