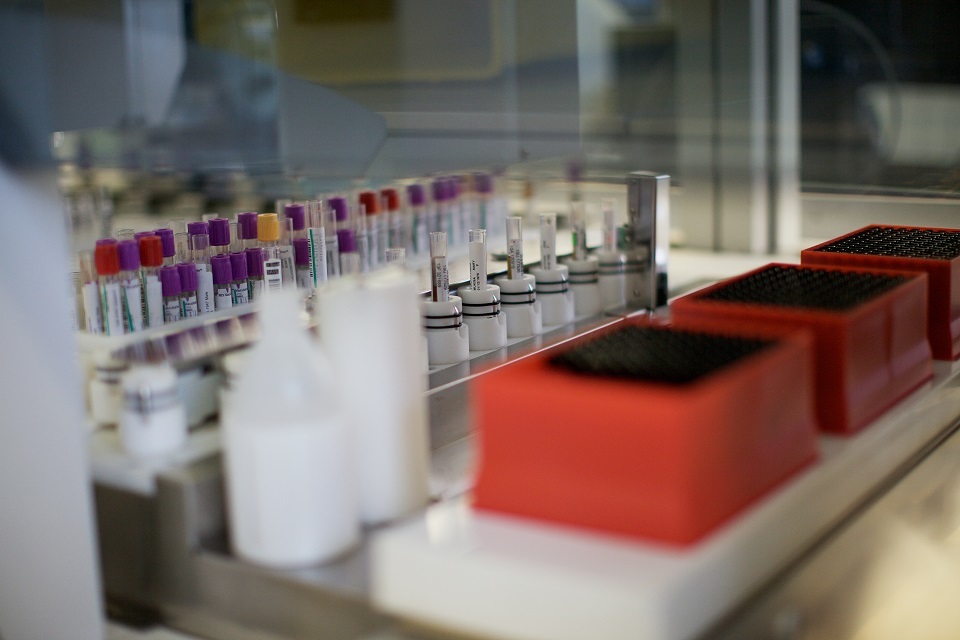 The UK has today (Friday 2 July) surpassed another important milestone in the fight against COVID-19, with over 600,000 genomically sequenced positive COVID-19 tests.

The strength of the UK’s genomics science base and diagnostics sequencing industry has allowed the UK to rapidly identify COVID-19 variants and capture critical data, enabling our scientists to track and stay ahead of mutations in the genome of the virus. It is estimated that the UK contributes around 23% of all COVID-19 sequencing across the world uploaded to GISAID.

Genomic sequencing is laboratory analysis that identifies a virus’s genetic make-up, allowing new variants or mutations in existing variants to be detected. Reaching this milestone is testament to the extraordinary expertise the UK has in genomics and the efforts of researchers, laboratory scientists and analysts, clinicians and policymakers.

Thanks to the UK’s world-leading genomic sequencing capability, cases of the Delta (B1.617.2) variant have been quickly detected, as well as other variants of concern. This has allowed the government to rapidly deploy additional support to areas where variants of concern have been prevalent, such as surge testing and enhanced contact tracing, to help slow the spread of variants by breaking chains of transmission.

Now, everyone has the opportunity to contribute to the UK’s genomic success. Since May 2020, a nationwide study led by the University of Edinburgh as part of the GenOMICC consortium and in partnership with Genomics England has been trying to find out why some people who have had COVID-19 became extremely ill and needed hospitalisation while others experienced fewer or no symptoms. To date, over 8,400 people who tested positive with COVID-19 but did not need to go to hospital have volunteered to take part.

The preliminary results of the study have already identified possible new treatments to fight the virus, which are in clinical trials. However, with the study due to close on 30 September 2021 scientists urgently need to recruit 600 more people and are appealing to those who have had the virus but did not require hospital treatment to sign up. Researchers are particularly keen to hear from men and those from minority ethnic groups as these are the people who were more severely affected and ended up in hospital.

The UK has an established history of scientists developing incredible genomic technology striving to improve patient outcomes around the world. Every single test sequenced helps us to learn more about this awful virus, and brings us one step closer to defeating it.

Surge testing has been rolled out to specific areas across the country to monitor and suppress the spread of COVID-19 and to better understand new variants. Genomic sequencing is a key part of surge testing as it enables scientists to continue to identify variants of concern, as well as any changes to known variants or to identify new emerging variants that need to be followed. All positive tests with high enough viral load in surge testing postcodes and from identified test sites will be sent for sequencing.

In addition to surge testing, the government is providing additional support packages to stop the spread of the Delta variant which includes support for those self-isolating and activity to maximise vaccine uptake in the area. In areas where data has demonstrated that extra support has helped to slow the initial spread of the Delta variant, such as Kirklees, this support is being scaled back now that the rate of case number growth are in line with national and regional rates.

To increase our preparedness and heighten our defences against new variants, we have backed new technology for detecting known variants, known as ‘genotype assay testing’, which detects mutations that indicate known variants of concern in as little as 48 hours after a positive COVID-19 PCR test result. Genotype assay testing needs to be used after PCR, and in order to detect the maximum number of cases with variants, the government uses confirmatory PCR testing for positive LFD test results in England during lower prevalence periods. Confirmatory tests are used to validate the result of the initial LFD rapid test.

The virus will continue to naturally evolve as it spreads globally, but the UK will continue to use its excellent genomics, epidemiology and virology capacity to monitor all variants to ensure that public health interventions are effective and proportionate.

We’re in a race against the clock to find another 600 suitable people to volunteer matched for age, gender and ethnicity of those people who were severely affected and needed hospital treatment. We particularly need more men to join the study and members of the Asian and black communities as those people who were most severely affected by COVID-19.

If you tested positive for COVID-19 but did not need to go to hospital, please sign up. You’ll be making a real contribution to improving the medical care and outcome for those most at risk from the virus – both now and in in the future.

As we continue to follow the government’s roadmap to a way of life that feels more familiar, sequencing genomes will become even more important than it is already. It allows us to track how the virus is mutating, helping us to respond more effectively and decisively to the threat of emerging variants and providing insight that is helping to shape the response to this pandemic across the globe.

Continuing to share our world-class genomics and virology expertise with the world will be a key priority for the UK Health Security Agency.

I am enormously grateful to those who have worked so hard to get us to this point. With every genome sequenced, we learn more about the virus and equip scientists and experts in the UK and across the world with much needed data and insight.

Genomic sequencing has been vital in detecting and responding to emerging COVID-19 strains and variants of concern. Public Health England (PHE) has closely monitored how COVID-19 has changed over time with new variants, increasing understanding of how these changes affect the characteristics of the virus and using this insight to evaluate the increased transmissibility of new strains.

In the early stages of the pandemic the COVID-19 Genomics UK (COG-UK) Consortium was created to deliver large-scale and rapid whole-genome virus sequencing to local NHS centres and the government. Data collected by the consortium has helped public health agencies to better manage the outbreak in the UK and inform vaccine development efforts. Sequencing is now being delivered through a programme within UKHSA building upon the work of COG-UK.

After sequencing, virus genome data are combined with clinical and epidemiological datasets in order to help to guide UK public health interventions and policies. In the future, this information will enable the evaluation of novel treatments and non-pharmacological interventions and provide information on community transmission and outbreaks. This data will also allow researchers to identify and evaluate emerging genetic changes in known variants and scrutinise how they affect the ability of the virus to transmit from person to person.

A critical part of our genomic surveillance is to support global safety through testing people travelling overseas. Scientists in PHE upload variant sequence information to GISAID alerting other countries to the presence of variants in different global regions.

The UK’s New Variant Assessment Programme is already supporting countries who make use of the UK’s genomic sequencing technology to spot new variants, providing them with technical support as well as upskilling their scientists with training.

See the up-to-date list of areas where surge testing is currently being deployed.

UK research has led to paradigm-shifting discoveries in genetics – from the original discovery of the structure of DNA to our involvement in the Human Genome Project.

The UK has also led the way in translating seminal research into clinical practice and improved patient outcomes. It is also the home of extensive genomics and health research infrastructure, from the UK Biobank, established in 2006 to Genomics England, the NHS England and Improvement Genomic Medicine Service (GMS).

Genomics is just one example of this government’s commitment to driving forwards healthcare innovation in the UK, which will play a central role in its future health resilience, the growth of its life sciences sector and measures to improve patient care.

Health MHRA puts delivering for patients at the heart of …

Health Consultation on aligning the upper age for NHS pre…
0
✖