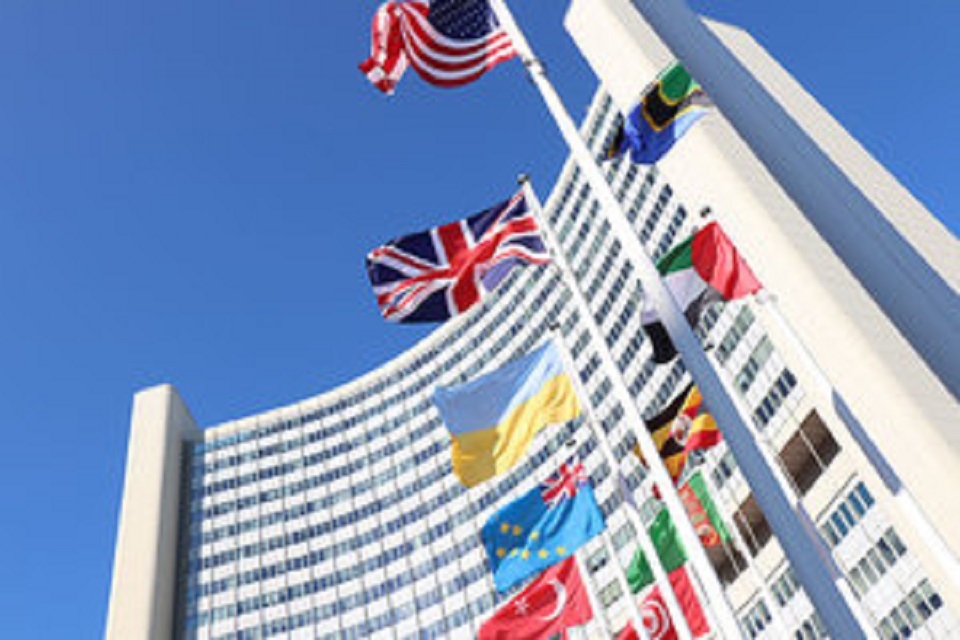 Space has a way of bringing us all together around a common goal and we’re proud of our collective achievements through COPUOS in the advancement of the peaceful use and exploration of outer space.

The United Kingdom appreciates that whilst we are here to talk about the peaceful uses of space, we cannot and should not ignore violations of international law when they occur on Earth.

Russia’s assault on Ukraine is an unprovoked, premeditated attack against a sovereign democratic state. The UK and our international partners stand united in condemning the Russian government’s reprehensible actions, which are an egregious violation of international law including the UN Charter.

We call on Russia to urgently de-escalate and withdraw its troops. It must be held accountable and stop undermining democracy, global stability, and international law.

Russia’s actions in recent weeks have demonstrated that it is not ‘peaceful’ and that it no longer holds the respect or endorsement of its Eurasian partners. We cannot ignore Russia’s aggression against Ukraine.

The Strategy highlights the UK’s commitment to work with industry and internationally to ensure we have the safest and most effective regulation of space activities.

We attach great importance to the Long-Term Sustainability of the Outer Space Environment. The UK was pleased to fund important work with UNOOSA which included publishing the LTS guidelines in all 6 official UN languages and convening international expert events. For phase two of the project, UNOOSA conducted 42 interviews with Member States of COPUOS and international intergovernmental organizations to identify challenges associated with implementation. We are extremely pleased that the report setting out the key themes captured during those interviews has now been published on UNOOSA’s website. We would like to thank the team at UNOOSA for all their hard work in pulling together such an informative resource.

We would also like to highlight that the UK and UNOOSA will be holding a side event on Thursday 9th June between 10 and 11 am, Vienna time, to talk about experiences in implementing the guidelines.

We must also consider the impact that the activities we carry out in space have on the Earth.

With regard to our launch ambitions, the UK has taken strong steps to balance the mitigation of potentially negative environmental impacts of spaceflight activities with enhancing the strong contributions that commercial spaceflight can make to both the economy and our local and global efforts to monitor the environment. Potential launch operators and spaceports must produce an assessment of environmental effects (AEE) of their proposed launch activities. Additionally, the UK has set environmental objectives on climate change, air quality, noise and the marine environment.

The UK is delighted to have assumed the Presidency of the 26th UN Climate Change Conference of the Parties – COP26 – in partnership with Italy, last year. We were proud to be the first major economy in the world to pass laws to end our country’s contribution to global warming by 2050. We were also pleased to have hosted the G7 conference in Glasgow last year where delegates pledged to take action to tackle the growing hazard of space debris. Since then, the UK has partnered with companies including Astroscale, Clearspace and SSTL to develop technology for the delivery of a UK national active debris removal mission, a mission we are certain will change the paradigm, in particular for the Low Earth Orbit population. We have also engaged the service sector to embrace how sustainable operations attract investment and insurance services and are pleased to see the positive impact that operating under a responsible regulatory regime has on attracting these vital services to the industry.

We are delighted to host the Secure World Foundation Space Sustainability Summit on 22-23 June this year at the London Science Museum. This summit will showcase the global drive to ensuring a sustainable space environment for future generations. The Summit will bring together key players from across the globe who can together work in partnership to take the action needed to protect the future of the space environment, for example on issues such as orbital capacity, space traffic management, space debris mitigation and lunar governance.

The UK believes that space has an important contribution to make to the Sustainable Development Goals – the SDGs. To support the implementation of the SDGs, the UK Space Agency’s award-winning initiative, the International Partnership Programme, has used the UK space sector’s capabilities in satellite technology and data services to develop space-enabled projects in partnership with developing countries. Through a portfolio of 43 grant-funded projects benefitting 47 countries in Africa, Asia-Pacific and Latin America it has developed over 30 innovative space solutions to tackle development challenges such as climate and disaster resilience, food security, maritime safety, health, and education and created important new space partnerships between the UK, other countries, and international organisations.

The UK would like to highlight some of its key space projects announced this year.

The UK engineering firm Rolls-Royce is developing a uniquely deployable, safe, and autonomous nuclear Micro-Reactor for use in the space domain. This technology will power the safe generation of water, breathable oxygen and rocket fuels for human Lunar, Martian exploration missions and is equally suited for use on Earth.

In addition to this, MDA UK are developing a 3D map for spacecraft landing on the Moon as well as spacecraft rendezvous and docking in low Earth orbit and geostationary orbit.

The UK has also been proud to contribute to the continued success of the James Webb telescope with the Mid-Infrared Instrument achieving its operating temperature in April.

Finally, Chairman, Excellencies, distinguished delegates, we look forward to a productive session. You have the UK’s full support in furthering joint cooperation and dialogue in the exploration and peaceful uses of outer space.