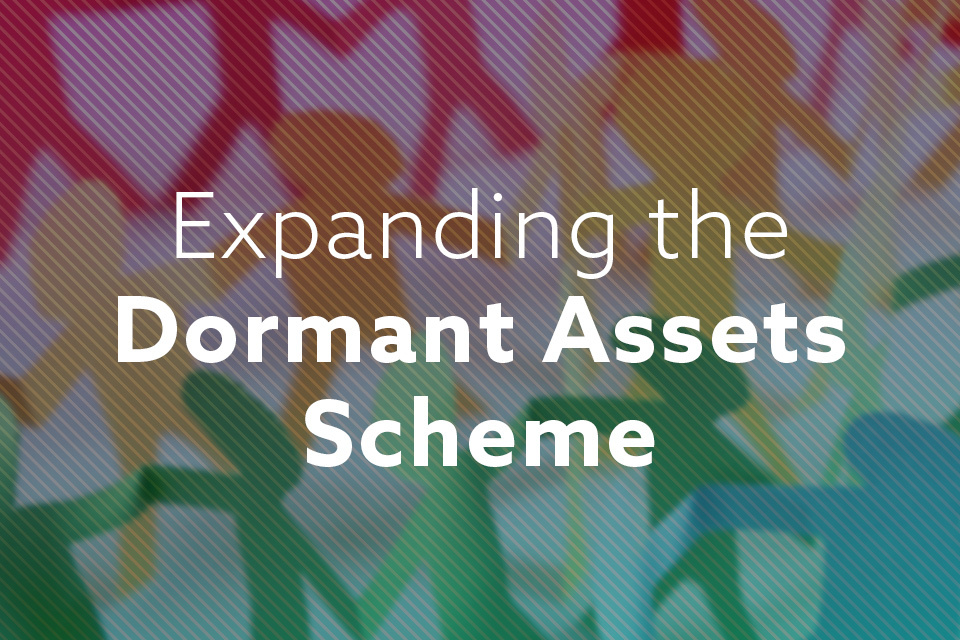 The UK Government has announced that dormant assets across the insurance and pensions, investment, wealth management, and securities sectors are set to be unlocked, with the potential for more than £800 million to be made available to support the UK as it recovers from the coronavirus pandemic.

Funding raised through the expansion of the scheme will enable continued support of good causes, social investments and environmental initiatives.

This major expansion of the Dormant Assets Scheme marks the completion of a four year review and public consultation process. The responses showed widespread support for expanding the scheme from bank and building society accounts to include assets in these new sectors.

Led by the financial industry and backed by the UK Government, the expanded scheme will have consumer protection at its heart, with the priority continuing to be locating and reuniting people with their financial assets.

Where that is not possible, more businesses will now be allowed to participate voluntarily in transferring dormant assets into the scheme. People will still be able to reclaim their assets in full at any time.

Since 2011, 30 banks and building societies participating in the current scheme have enabled the release of over £745 million from dormant accounts that have been inactive for at least 15 years. These funds have been used to support a range of social and environmental initiatives across the UK, including helping young people on the path to employment, tackling financial exclusion, growing the social investment market, and supporting renewable energy solutions.

£150 million was unlocked in May 2020 to support the UK’s charity and voluntary sectors, as they continue to play a vital role during the coronavirus pandemic. The funding is supporting urgent work to tackle youth unemployment, expand access to emergency loans for civil society organisations and help improve the availability of fair, affordable credit to people in vulnerable circumstances.

Funds raised through the existing Dormant Assets Scheme have already made a huge difference to vulnerable people and communities across the UK, especially during the pandemic.

Expanding the scheme will mean hundreds of millions more for good causes, helping us to build back stronger in the years to come.

Secondly, where that is not possible, it will release over £800 million for social investment that will make a real difference to people – both young and old – experiencing challenging circumstances across the UK as we work hard to recover from this pandemic.

Banks and building societies across the UK are working tirelessly to reunite people with forgotten assets. But on occasions where this isn’t possible, it’s right that these funds are used to tackle some of the UK’s most pressing social and environmental challenges.

The expansion of the scheme will mean more people are reconnected with their assets, whilst also making more money available for good causes.

To date, funding released through the Dormant Assets Scheme has been used in a number of ways, including:

£96 million has been provided to Fair4All Finance to increase the financial resilience and wellbeing of people in vulnerable circumstances through improving availability of fair and accessible financial products and services. Fair4All Finance has provided over £15 million in financial support to the community finance sector so far, including £12 million of equity investments in community finance providers and £3.6 million in Covid-19 grants.

£90 million has been provided to Youth Futures Foundation to break down the barriers to work for young people across England, with a focus on responding to the findings of the Racial Disparity Audit. It includes investing £6 million into targeted support for young people who are not in education, employment or training, and deploying £8.7 million in coronavirus grants to frontline charities, social enterprises and infrastructure bodies tackling youth unemployment.

£40 million has been provided to Access – The Foundation for Social Investment. In response to Covid-19 Access has made up to £10 million available for emergency support through social lenders, while also developing a wider £18 million programme of flexible long-term recovery finance for the social sector.

£10.4 million of funding has been provided to the ‘Engage to Change’ project in Wales since 2016, to break down barriers and stigma around disability by supporting 16-25 year olds with learning difficulties and/or autism into employment. Working with over 800 employers in Wales, in the past five years the project has enabled 959 young people to develop new skills, 381 young people to secure a paid work placement, and 272 young people to move into secure employment after their work placement.

In June 2020, more than £800,000 of dormant assets funding was provided via the Young Start programme to 12 youth-led groups in Scotland, including Leonard Cheshire and Can Do Dumfries, to help young people develop their personal skills, gain accredited qualifications that will boost their chances of future employment, and reach their full potential – often through digital platforms to keep them engaged during the pandemic.

Northern Ireland has recently used dormant assets funding to establish a £20.5 million Dormant Accounts Fund for the voluntary, community, and social enterprise sector, which will open for applications on 12 January.

The UK Government intends to legislate for the scheme expansion and will continue to work with industry, regulators, and Reclaim Fund Ltd to ensure its success.

The definition of a dormant asset varies according to the type of asset in question. In general it means a financial product, such as a bank account, that the customer has not used for many years and which the provider has been unable to reunite them with, despite efforts based on industry best practice.

The Dormant Assets Scheme has so far unlocked the following amounts to benefit social and environmental initiatives across the UK. All figures are approximate:

Assets proposed to be within the scope of the expansion include:

Once the scheme has been expanded, participants must continue to first make efforts, based on industry best practice, to reunite assets with their owners.

Owners will always be able to reclaim the same amount they would have had if their assets were never transferred, as they do in the current scheme, and organisations will continue to participate on a voluntary basis.

There are over 30 firms participating in the current Scheme, including HSBC Bank plc, Lloyds Banking Group, Nationwide Building Society, Royal Bank of Scotland, and The Co-operative Bank plc. A full list can be found here.

Under the current and expanded scheme, funds are held by Reclaim Fund Ltd (RFL). RFL holds sufficient money to cover any reclaims while distributing the surplus to The National Lottery Community Fund for social or environmental initiatives across the UK.

Owners can trace their dormant assets through a variety of means: