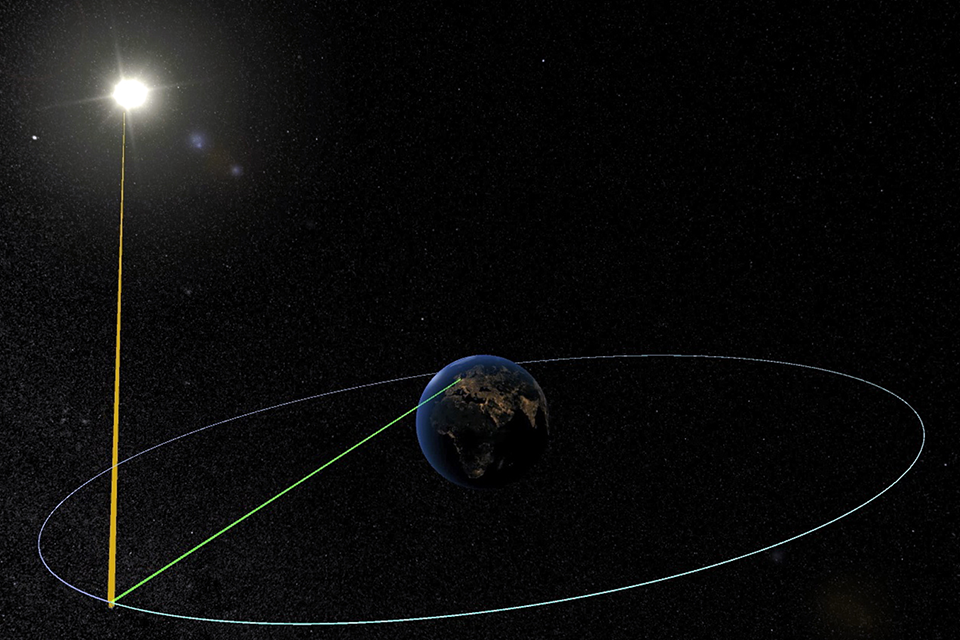 The UK government has commissioned new research into space-based solar power (SBSP) systems that would use very large solar power satellites to collect solar energy, convert it into high-frequency radio waves, and safely beam it back to ground-based receivers connected to the electrical power grid.

It is an idea first conjured by science-fiction writer Isaac Asimov in 1941, and is now being studied by several nations because the lightweight solar panels and wireless power transmission technology is advancing rapidly. This, together with lower cost commercial space launch, may make the concept of solar power satellites more feasible and economically viable.

Now the UK in 2020 will explore whether this renewable technology could offer a resilient, safe and sustainable energy source.

The study, led by Frazer-Nash Consultancy, will consider the engineering and economics of such a system – whether it could deliver affordable energy for consumers, and the engineering and technology that would be required to build it. One of the biggest issues to overcome is assembling the massive satellites in orbit, which has not been done before at this scale.

The Sun never sets in space, so a space solar power system could supply renewable energy to anywhere on the planet, day or night, rain or shine. It is an idea that has existed for decades, but has always felt decades away.

The UK is growing its status as a global player in space and we have bold plans to launch small satellites in the coming years. Space solar could be another string to our bow, and this study will help establish whether it is right for the UK.

Historically, the cost of rocket launches and the weight that would be required for a project of this scale made the idea of space-based solar power unfeasible. But the emergence of privately-led space ventures has brought the cost of launch down dramatically in the last decade.

Martin Soltau, Space Business Manager at Frazer-Nash outlined what the study will involve:

Decarbonising our economy is vital. We need to explore new technologies to provide clean, affordable, secure and dependable energy for the nation. SBSP has the potential to contribute substantially to UK energy generation, and offers many benefits if it can be made practical and affordable.

Frazer-Nash is studying the leading international solar power satellite designs, and we will be drawing up the engineering plan to deploy an operational SBSP system by 2050. We are forming an expert panel, comprised of leading SBSP experts and space and energy organisations, to gain a range of industry views.

We will compare SBSP alongside other forms of renewable energy, to see how it would contribute as part of a future mix of clean energy technologies.

We have also partnered with Oxford Economics, who have significant experience in the space sector and who will provide additional insight to the economic assessment of the system, and the benefit to the UK economy.

In 2019, Britain passed an important milestone, with more electricity generated from sources like wind, solar and nuclear power, that produce almost no carbon dioxide emissions, than from carbon-emitting fuels like natural gas and coal.

According to the World Resources Institute – a Washington-based non-profit that tracks climate change – Britain has reduced carbon dioxide generated in the country by about 40 per cent, which is more than any other major industrialised country.

As the National Space Council sets a new direction for our space policy, the UK Space Agency is committed to understanding the future opportunities space technologies open up.