A new independent report highlights the wide-ranging benefits the UK enjoys from the European Space Agency’s (ESA’s) Advanced Research in Telecommunications Systems (ARTES) programme, which has generated an additional £11 billion of income for the UK’s growing space sector over the past decade.

ARTES is an ESA initiative that supports the research and development of innovative technology for telecommunications. The UK is Europe’s leading investor in the programme and is looking forward to continuing its commitment in November during the ESA Council of Ministers meeting, Space19+ in Seville, Spain.

The report, carried out by Technopolis, reveals the positive impacts the programme has delivered for the UK, including strengthened partnerships between companies, increased visibility and reputation of UK capabilities, and the encouragement of more UK companies to get involved in the space sector.

Every £1 million won in contracts by UK industry has led to £14.4 million in additional income, as well as the creation or safeguarding of 15 high-skilled jobs. 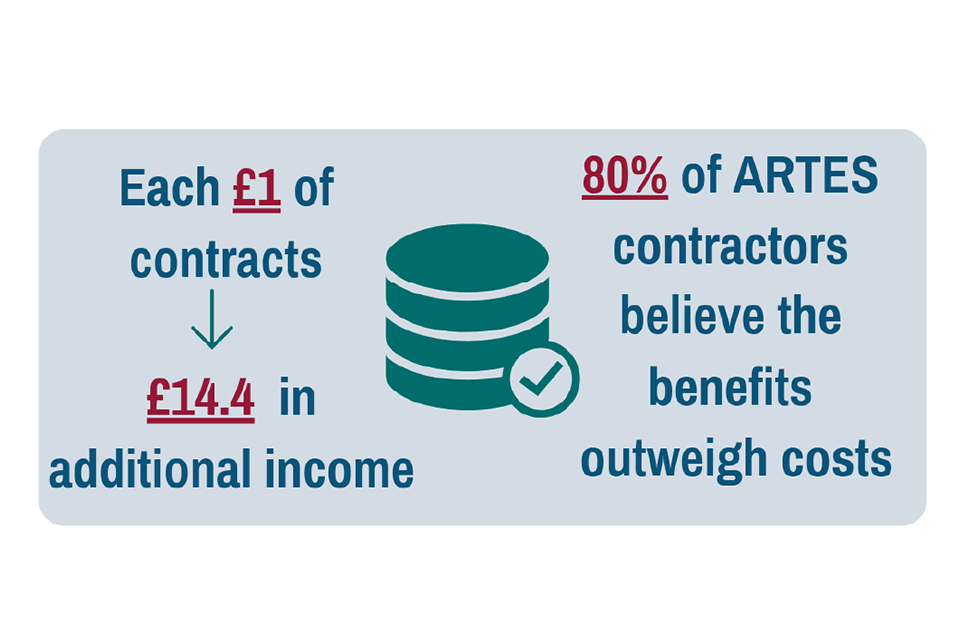 The UK is leading the charge across Europe for commercially-focused space programmes which deliver significant value for money and develop our national capabilities.

This report shows the value of the ARTES programme to the UK, which has involved more than 200 organisations across the country and led to the establishment of ESA’s facility in Harwell. We will make ambitious new investments in ESA space programmes later this year as part of the government’s wider ambitions to increase research and development spending and play a leading role in the new space age.

The vast majority of companies which contributed to the report also said the ARTES programme benefitted the UK’s economy as well as end-users of telecommunications technology, both in the UK and abroad.

The benefits to society of the resultant technology are extremely wide-ranging, the report says, and include using satellite data to improve cycle routes, increasing online connectivity in hard-to-reach places and improving the monitoring of people’s health with wearable devices.

Around the world, the systems produced through ARTES also provide back-up communications channels in disasters, allow farmers to track crop growth and impact upon many other areas.

For more information, you can read the report.