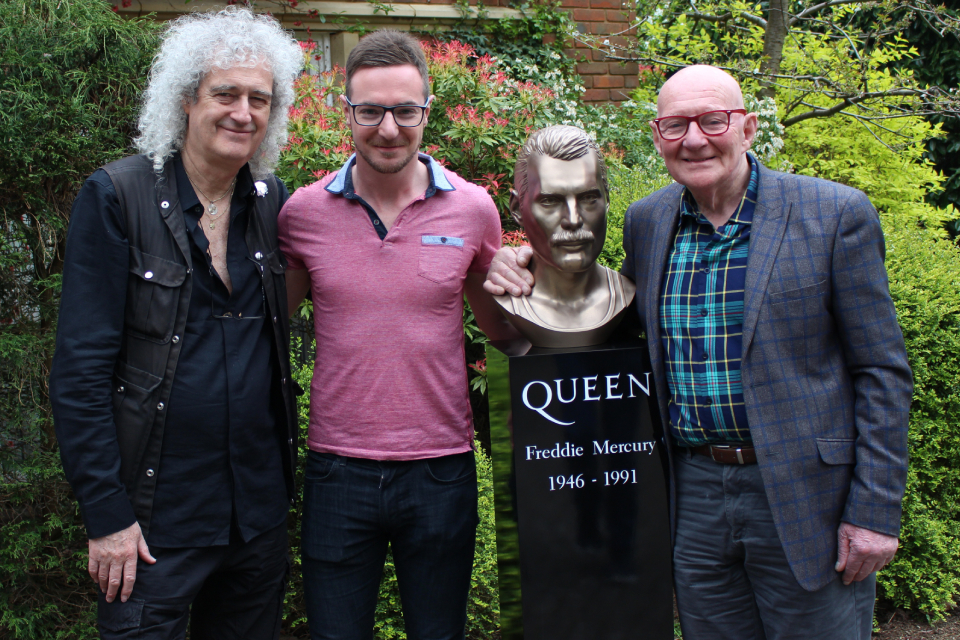 As people across the world celebrate the life of Freddie Mercury with the release of a brand new animated music video for his hit song ‘Love Me Like There’s No Tomorrow’, one UK sculpting company is celebrating an export win worth around £1 million, with all profits going to rock band Queen’s official charity.

South Gloucestershire-based Mackenzie & Son has signed a distribution agreement with merchandising company Bravado in the United States to create Freddie Mercury busts and market them around the world as official Queen products. The sculptures are now available online to Queen fans around the world, with 100% of profits going to the band’s charity, the Mercury Phoenix Trust, fighting AIDS worldwide.

It is great to see a brilliant UK business like Mackenzie & Son join forces with such an iconic British rock band to make a real difference to people’s lives.

Not only is this company championing the best of Britain on a global stage, they are also helping in the fight against HIV and AIDS.

Founded in 2017, the father and son duo have developed a unique process combining traditional hand-craftmanship and cutting-edge technology to create high-quality works of art. Past commissions have included Alan Turing for Google and Microsoft to mark the 50th anniversary of the A.M Turing Award, and German automobile engineer Karl Benz for Daimler and Mercedes-Benz.

Last year, the company sculpted its first Freddie Mercury bust for the premiere of Queen’s Oscar-winning biopic, Bohemian Rhapsody. The original sculpture is now on display at the Queen Studio Experience in Montreux, Switzerland after being donated to the band’s trust. As well as icons, Mackenzie & Son work with families to honour and memorialise loved ones that have passed away.

The Department for International Trade (DIT) has been supporting the company on its exporting journey since the launch of Mackenzie & Son at the A.M Turing Awards in San Francisco. Senior executives at Google and Microsoft requested their own Alan Turing sculptures for display in their corporate headquarters so the company contacted DIT for help and advice.

Today, 70% of the company’s annual turnover is driven by exports, with this expected to rise beyond 90% due to estimated global sales from the recent Bravado deal, and the announcement of the company’s Freddie busts to Queen’s 28 million Facebook followers.

We are so excited that the sales of our Freddie busts will be helping to fund desperately needed HIV and AIDS initiatives around the world. Working with Queen and the Mercury Phoenix Trust has been a great experience, and the exporting aspect has been made easier with support from our International Trade Advisor at DIT.

Following the EU Referendum, we had concerns about trading outside the EU as trading on WTO terms was portrayed in the media as being complex and costly but exporting to the US has actually been incredibly straightforward.

DIT has been extremely helpful in explaining processes and legal issues around distribution, giving us the confidence and knowledge we need to succeed overseas. I would recommend businesses looking to export or grow internationally, to engage with DIT as our experience has been positive and extremely valuable.

Business First meeting of the National Taskforce for Thomas…
0
✖