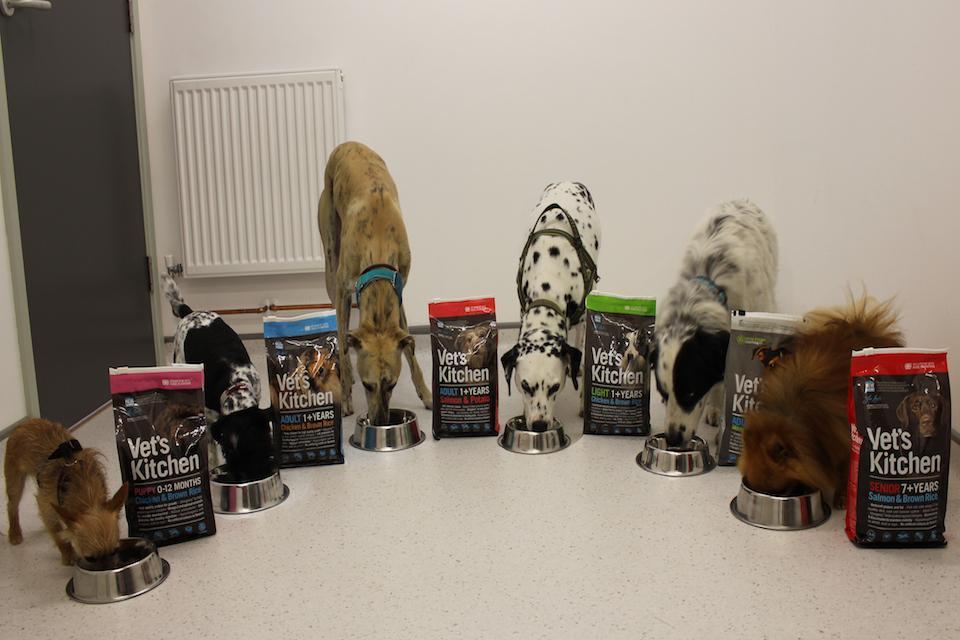 With a significant rise in the number of pet-owners in recent years there has been a growing demand for pet food across the globe, presenting the perfect opportunity for UK businesses to capitalise.

British manufacturers are already finding success overseas as the UK exported £343.1 million worth of pet food around the world in 2018, which is a 5.6% increase on 2017.

Swindon-based Pet’s Kitchen is a pet food business and vet clinic that only started exporting its premium pet food in Autumn last year, and in just 10 months has secured wins in 10 new countries including markets across Asia and the Middle East.

Founded in 2005, Pet’s Kitchen has two business areas – Vet’s Klinic, a state-of-the-art veterinary practice which has a progressive approach to treatment and sees over 130 pets a day, and Vet’s Kitchen, a pet food brand that combines natural UK-sourced ingredients and veterinary expertise.

Exporting can be quite challenging but it is also very rewarding. The trends of humanisation, premiumisation, and health and wellness are prevalent now the world over.

Getting insights about your brand from potential new partners in Asia and the Middle East especially can lead to new challenges but also new opportunities. You see your brand from a brand-new perspective, with each country having a unique list of requirements and preferences and it’s important to listen.

What works in one market may not work in in another, for example fish recipes in the UK don’t sell so well but in Asia where fish is prevalent in the local cuisine, fish recipes are very popular.

DIT has been instrumental in helping us navigate various markets, from providing reference for potential new partners to exporting advice. I would encourage other UK companies that are considering exporting to contact DIT and see how they can help.

In South Korea, which is one of the fastest growing pet food markets in the world, the company secured a deal with a new distributor, Top Pet, which will see the Vet’s Kitchen brand sold across speciality pet channels in the region. Similarly, a deal with FairPrice, the largest grocery chain in Singapore, will see the premium pet food brand sold in 40 stores across the country.

The company also secured an export deal with a pet food distributor in Hong Kong, and although a very small market for the company, it can be used to test the Chinese market for bigger opportunities. The revenue from each of these export wins totalled over £100,000 and is expected to double over the next 12 months.

The Middle East is also a developing market for the company, as it has started trading with three new partners in the region – The Petshop LLC in the United Arab Emirates, which claims to be the largest pet store in the Middle East, a grocery chain called LuLu’s which has 174 outlets across the Gulf regions, and Alosra which has a chain of nine supermarkets in Bahrain. The wins for this region are expected to increase by 200% over the next three years.

In 2020, Vet’s Kitchen will be focussing on expanding its exports to target markets including Saudi Arabia, China, Thailand and Japan – which is the biggest pet food market in the world after the United States and the UK. Europe is also on the agenda and the brand has just reached an agreement with the largest grocery chain in the Republic of Ireland, Dunnes Stores.

It is exciting to see just how much Pet’s Kitchen has achieved internationally in such a short space of time, highlighting the growing global demand for pet food overseas.

In markets like the Middle East and Asia, British-made products are synonymous with quality which presents a golden opportunity for UK businesses to explore these international opportunities.

DIT has a network of expert International Trade Advisers on hand, and a team of specialists in over 100 markets, to help more businesses respond to this demand and navigate the entire exporting journey.

Vet’s Kitchen is one of the fastest growing pet food brands in the UK according to Kantar, with a current annual turnover of £5 million.

The business currently employs 36 members of staff in Swindon, 25 of which are in Vet’s Klinic. All are dedicated to improving the health and wellbeing of pets.

Business Government response to the conclusions and recomme…