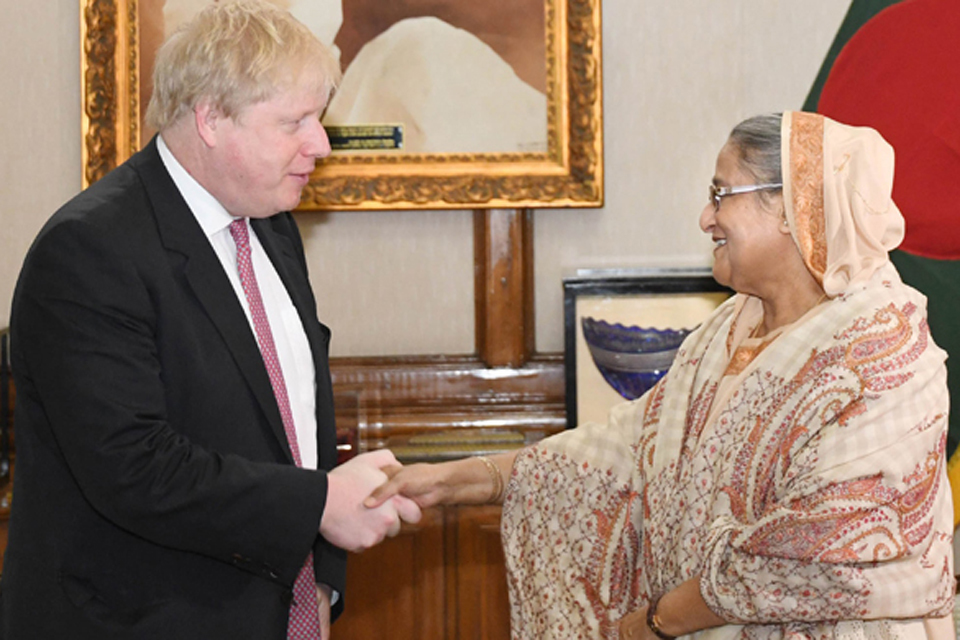 UK Prime Minister Boris Johnson congratulated the people of Bangladesh on their Golden Jubilee. He said: “It’s amazing to reflect on how much your nation has achieved since the circumstance of its birth.”

In a video message, Prime Minister Johnson remembered the historic visit of Bangabandhu Sheikh Mujibur Rahman to Downing Street in London in 1972, describing the visit as “instrumental in forging the friendship” between the UK and Bangladesh.

Prime Minister Johnson recalled fondly his visit to Bangladesh in 2018, when he was welcomed “with a great deal of warmth and generosity”. He emphasised the bond between the UK and Bangladesh, “incarnated by the 600,000 strong British-Bangladeshi community who contribute so much to the United Kingdom every day”. He added: “I think particularly of the fantastic doctor and nurses in our NHS, many of whom are helping to treat and vaccinate people in our battle against COVID-19”.

Prime Minister Johnson hailed Bangladesh as “one of the fastest growing economies in the world” and emphasised that the UK and Bangladesh “share the ambition to create an ever more prosperous and environmentally-sustainable future”.

Prime Minister Johnson concluded by saying: “I look forward to working with Prime Minister Hasina and to seeing her again at COP26 in Glasgow. But for now as we look ahead to next 50 years of British and Bangladeshi friendship, I wish everyone the very best for your Golden Jubilee.”