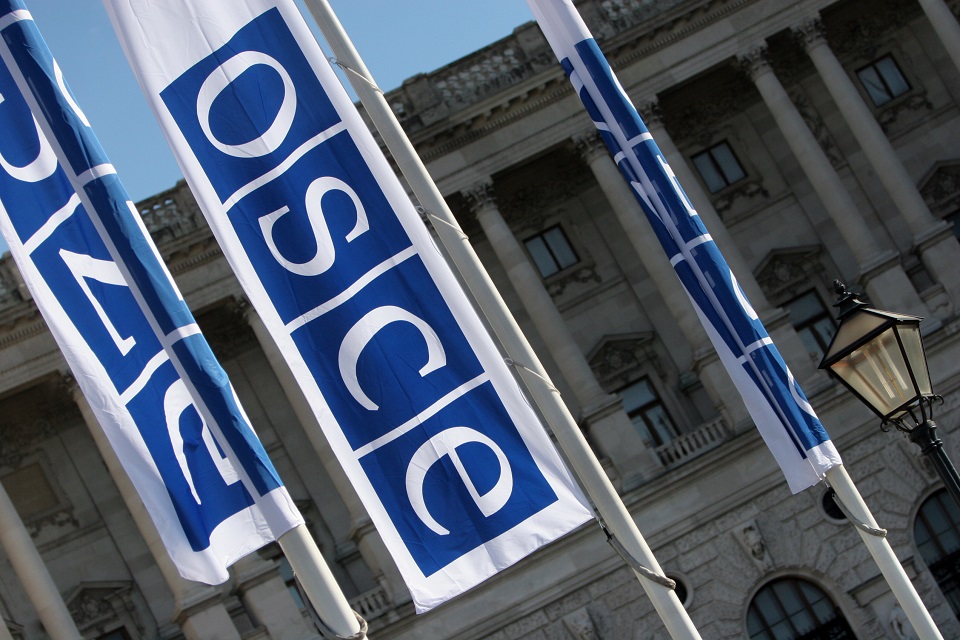 The United Kingdom remains concerned about the situation of Jehovah’s Witnesses in the Russian Federation. The ruling of the Russian Supreme Court in July 2017, which rejected the appeal against the decision to categorise Jehovah’s Witnesses as “extremists”, criminalised the peaceful worship of 175,000 Russian citizens and contravened the right to religious freedom that is enshrined in the Russian Constitution, and in multiple OSCE commitments.

Since that ruling, we have witnessed an increasing number of detentions, criminal investigations and prosecutions of Jehovah’s Witnesses across Russia.

We echo the deep concern over the allegations of torture and mistreatment of Jehovah’s Witnesses. On 6 February this year in Orenburg, five Jehovah’s Witnesses were transferred to Penal Colony #1 and, on arrival, were all beaten by guards. One of them, Feliks Makhmmadiev, was hospitalised as a result. On 10 February, there were reports that another Jehovah’s Witness, Vadim Kutsenko, was tortured in a forest near Chita.

Participating States have affirmed their commitment to eradicating torture and we reiterate our condemnation of all forms of torture as one of the most flagrant violations of human rights and human dignity. We urge the Russian authorities to ensure thorough investigations into these allegations.

As well as these worrying individual cases, 869 homes have been searched, 316 individuals have been charged under Article 282.2 of the Criminal Code (participation in extremism), 26 individuals are in pre-trial detention, a further 23 under house arrest, and 29 persons have been convicted.

Respected NGOs such as Human Rights Watch and Forum 18 have documented the restrictions on Jehovah’s Witnesses. House raids are often conducted in the early hours of the morning by large numbers of masked and armed police. Local police are accompanied by Rosgvardia (National Guard) personnel, special rapid reaction police and Federal Security Service (FSB) officers. Officers have confiscated bibles and other religious materials, as well as computers, phones and other personal items.

So-called “evidence” used against those convicted includes regular aspects of communal religious life, for example reading the Bible at a Bible study session, participating in worship, or hosting people in a home for Bible readings or worship.

Sentences have included imprisonment, suspended sentences, or fines of about a year’s average local wages.

In 2017 and on a number of subsequent occasions, the Delegation of the Russian Federation have attempted to justify the ban on Jehovah’s Witnesses while also assuring the OSCE Permanent Council that individual Jehovah’s Witnesses were able to practice their religion at home, stressing repeatedly that no permission is required to pray in Russia. In December 2018, President Putin queried why Jehovah’s Witnesses were being persecuted, noting that all religions should be treated equally.

It is clear from the figures above that any manifestation of their faith by Jehovah’s Witnesses can result in the search of their homes, lengthy detention, criminal prosecution and imprisonment. The scale of the home raids, including a number of raids within a city on a single day, creates the impression of an organised campaign of persecution against Jehovah’s Witnesses.

In Vienna in 1989, OSCE participating States agreed to ensure the freedom of the individual to profess and practice religion or belief. In Kyiv in 2013, states again agreed to:

We call on the Russian authorities to end the persecution of Jehovah’s Witnesses, and to uphold the commitments on the right to freedom of thought, conscience, religion or belief for all individuals across the Russian Federation.