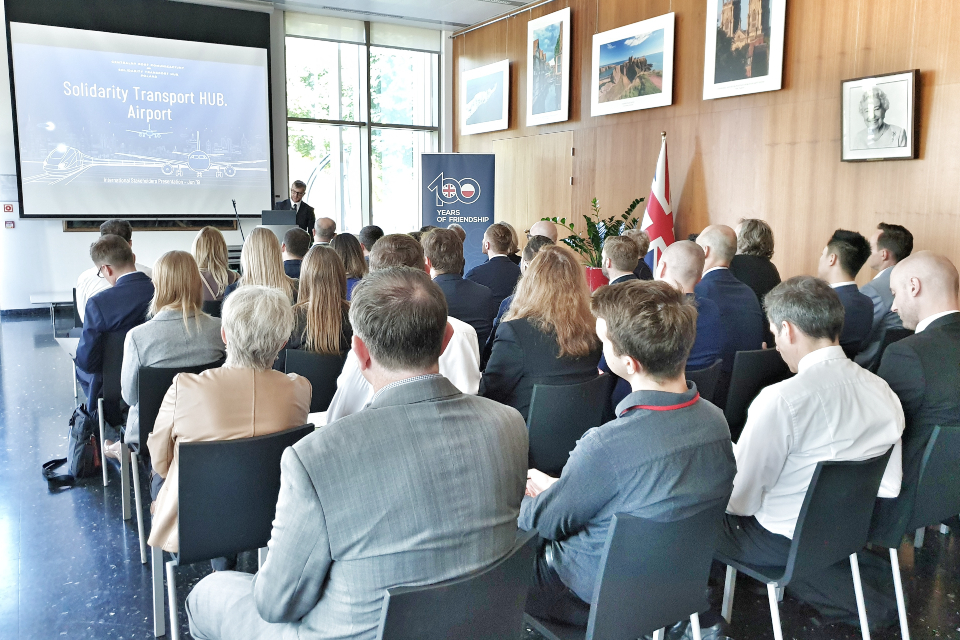 A terminal with a transparent dome; a green terminal; a terminal with a suspended bridge for passengers; one with key-shaped roofs; or an X-shaped terminal. These are just some of the ideas that six leading architecture studios from the UK proposed to investors of Poland’s future Solidarity Transport Hub. The projects will serve as inspiration for the Hub’s master plan, which will be commissioned at the beginning of next year.

The workshop, which took place on 18 June, is a joint initiative of British Embassy Warsaw and the Solidarity Transport Hub. The aim of this experiment was to get to know the ideas of world-class architects before creating a draft concept of the Hub. Six leading UK architecture studios took part in the workshop: Benoy, Chapman Taylor, Grimshaw, Foster+Partners, Pascall+Watson, and Zaha Hadid Architects.

We invited the most important architects to work with us because they have a huge amount of knowledge, experience and creativity. It was a good idea.

The contrast between the brave concepts and the investors’ expectations turned out to be deeply inspiring, at times opening our eyes to unusual solutions, which we hadn’t taken into account before. It brought us to a new phase of planning of the airport.

The investor isn’t obliged to use any of the proposals. However, ideas presented during the workshop will be a source of inspiration during the preparation for the completion of the project.

Only the best of the best participated in these workshops. I sincerely hope that their work will be useful and inspiring for the company which is building the new airport in central Poland. I am happy that we could help facilitate the contact between the Solidarity Transport Hub and the architecture industry.