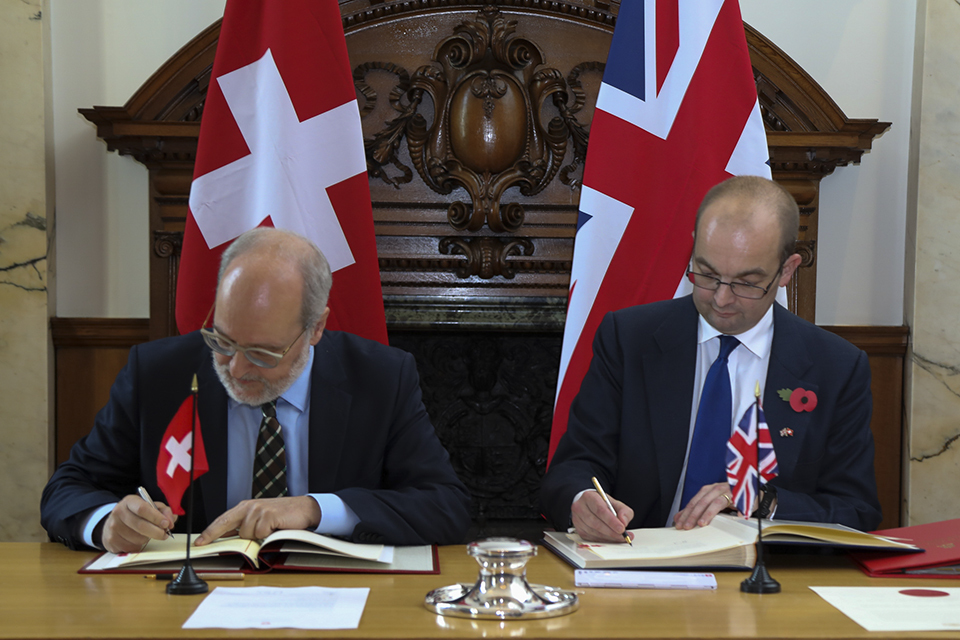 The UK and Switzerland have completed a transitional agreement to protect existing social security coordination arrangements. This means that UK and Swiss citizens are now safeguarded whatever the circumstances of the UK’s exit from the EU.

The agreement guarantees that existing social security entitlements – including reciprocal healthcare – will continue until the end of December 2020 for both UK and Swiss nationals and for EU citizens who move to, travel to or work in the UK or Switzerland during this period.

This means that these social security rights will be protected for a transitional period between exit day and the end of December 2020 in the event the UK leaves the EU without a deal, ensuring that citizens can continue to access vital protections and have their right to do so provided for in law.

UK nationals will have the same social security coordination cover in Switzerland as now between exit day and the end of December 2020. This means, for example, that a UK national who is UK-insured and who goes to Switzerland on holiday after exit will continue to have cover under the European Health Insurance Card scheme. UK nationals will also continue to be subject to only one country’s social security scheme at a time, meaning a worker will only have to pay into one country’s scheme.

It will apply from the day that the United Kingdom exits the European Union and will be published in due course.

It provides certainty to citizens and their families who wish to move between our two countries after we leave the EU.

The UK-Swiss Citizens’ Rights agreement was signed on 25th February 2019 and ensures that UK and Swiss nationals living in each other’s countries at the end of the implementation period will be able to continue enjoying broadly the same rights as they do now. This includes arrangements on residency, access to healthcare, pensions and education, social security coordination and mutual recognition of professional qualifications.

UK/Switzerland: Transitional Agreement on Social Security for a Temporary Period following the Withdrawal of the UK