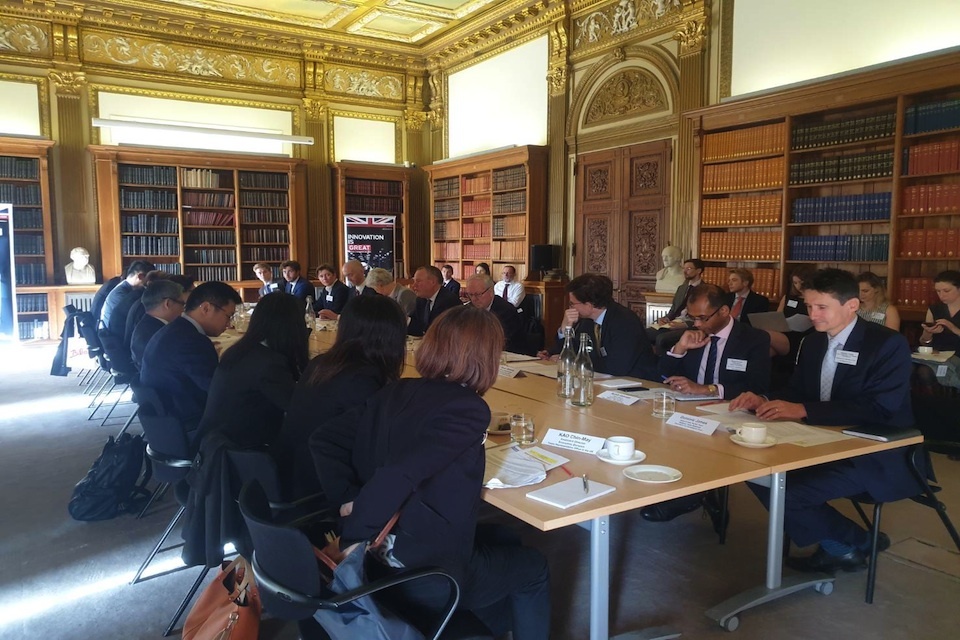 The ministers also celebrated the one year anniversary since Taiwan allowed imports of quality British pork in August 2018. More than £4.58 million of British pork has been exported to Taiwan in the first year.

During today’s talks we discussed a range of issues, including the need to overcome restrictive market access barriers, encourage export and investment and strengthen the UK-Taiwan trade relationship.

Taiwan is one of the fastest growing export markets in Asia and there are huge opportunities for British businesses in a variety of sectors including offshore wind, financial services and food and drink.

As we prepare to take back control of our trade policy, it is more important than ever that we maintain and grow these important trade relationships globally.

Trade cooperation on energy is bringing significant opportunities to UK companies. Taiwan is planning to increase its renewable energy production from 4% to 20% of supply by 2025, much of it from offshore wind farms, and as the world’s leading offshore wind producer, the UK is poised to be a key partner in this. More than 18 UK companies in the offshore wind supply chain have already set up offices in Taiwan to further develop the market.

The UK is one of Taiwan’s major trading partners in Europe. Although Brexit creates uncertainty for the business community, it also comes with many opportunities for enhancing bilateral cooperation between the UK and Taiwan.

In the trade talks, both sides committed to enhance cooperation on areas such as fintech, green finance, smart cities, and upholding the rules-based multilateral trading system – the WTO.