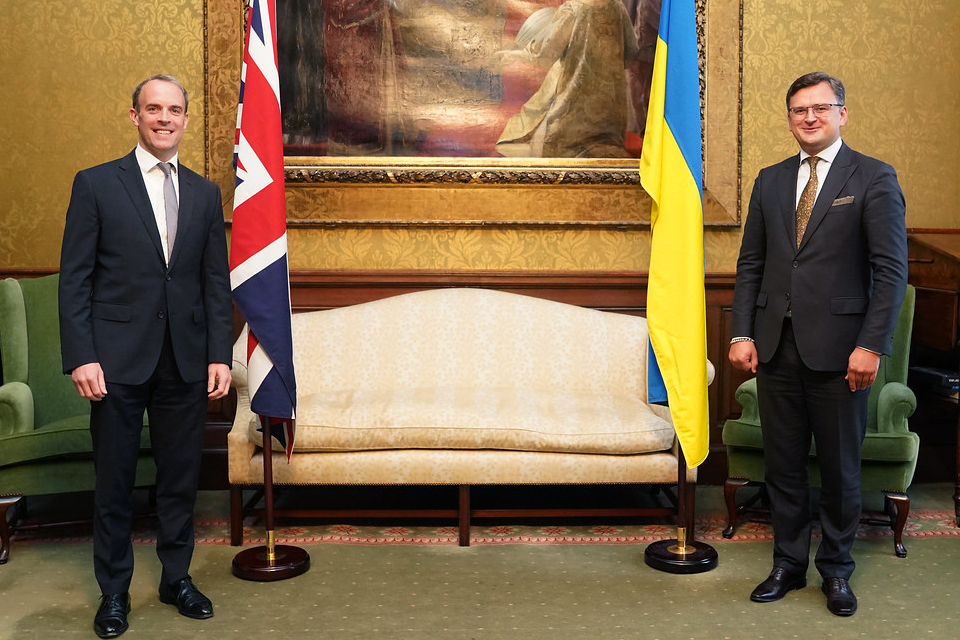 As part of the visit, Foreign Secretary Dominic Raab will meet Ukrainian Foreign Minister Dmytro Kuleba to reaffirm the UK’s support for Ukraine’s sovereignty and territorial integrity in the face of malign behaviour from Russia. Dominic Raab will also announce £5 million of humanitarian aid to support communities in eastern Ukraine who have been affected by the conflict and the impact of the coronavirus pandemic. UK aid will enable the provision of food, water, medical supplies and psychosocial support for survivors of sexual and gender-based violence.

President Zelenskyy and the First Lady of Ukraine will have an audience with Their Royal Highnesses the Duke and Duchess of Cambridge at Buckingham Palace, further strengthening the historic ties between the UK and Ukraine.

Ukraine’s stability is vital for Europe’s security. Providing £5 million in humanitarian aid and signing the Political, Free Trade and Strategic Partnership Agreement is a clear demonstration of the UK’s commitment to Ukraine’s prosperity and security.

The UK supports President Zelenskyy’s efforts to end the conflict in eastern Ukraine and is focussing diplomatic efforts on assisting the Ukrainian government with peace-building and recovery, alongside our longstanding support for economic and governance reform and anti-corruption initiatives.

The Foreign Secretary will highlight the importance of stability in Ukraine to security in Europe. Responding to the priorities of the Ukrainian government, the UK has this year increased investments into stabilisation, making it a priority alongside our security support.

This year, the UK has allocated over £40 million in funding – including £5 million of humanitarian aid – for projects to support practical steps towards peace, counter gender-based violence, and promote economic and governance reform. This includes empowering women to take part in shaping their society.

The additional humanitarian funding for communities in eastern Ukraine will also help provide repair of water infrastructure, health facilities and housing, alongside support to micro-businesses and entrepreneurship to enable these communities to become self-reliant and aid the longer-term economic recovery of eastern Ukraine.

The UK is also stepping up its support by £600,000 for the vital work of the Organization for Security and Co-operation in Europe’s Special Monitoring Mission, who report on the conflict in eastern Ukraine, including ceasefire violations and the impact on civilians.

International Affairs Protecting civilians in DRC and ensuring an effect…
0
✖