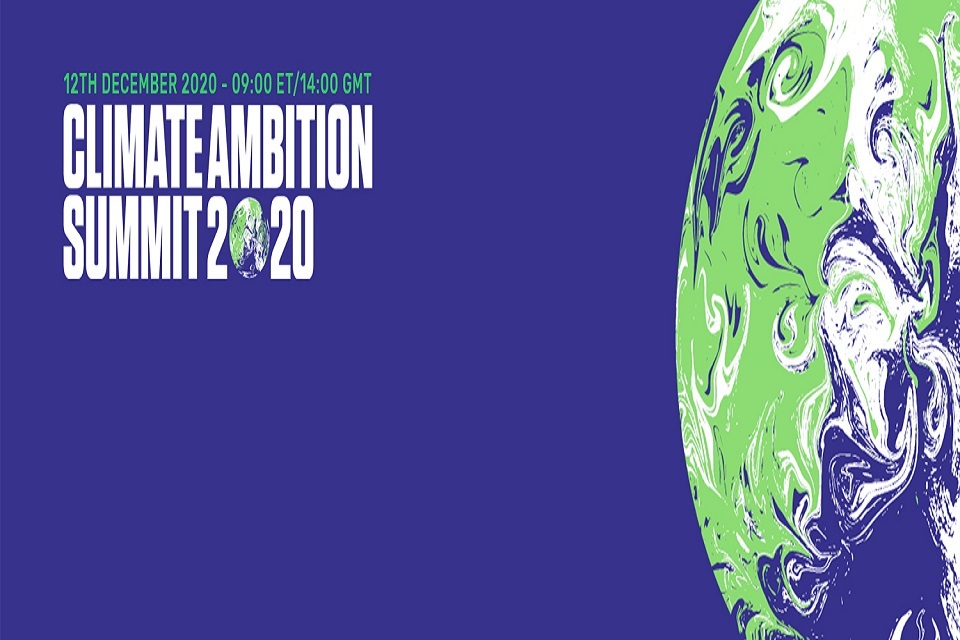 The UK is co-hosting the “virtual” Climate Ambition Summit on Saturday 12 December, which will coincide with the fifth anniversary of the historic Paris Agreement. The summit calls on countries around the world to submit ambitious NDCs or other climate plans as we head towards the UN COP26 climate talks, which the UK Government is hosting in Glasgow next year.

President Alejandro Giammattei will speak on behalf of Guatemala outlining internal commitments to tackle climate change and underlying the country’s high vulnerability to extreme weather, as experienced recently with the impact of two hurricanes. Each party to the Paris Agreement determines what domestic action it will take and communicates it in a Nationally Determined Contribution –NDC-.

NDCs are at the heart of the Paris Agreement goal, set at COP21 in 2015, to hold the global temperature rise to well below two degrees and pursue best efforts to limit the increase to 1.5°C. Together, these plans will determine whether the world will achieve the long-term goals of the Paris Agreement, including global peaking of greenhouse gas emissions as soon as possible.

The UK is leading the way in tackling climate change globally by announcing ambitious new emissions target, setting the UK on the path to net zero by 2050. The new plan aims for at least 68% reduction in greenhouse gas emissions by the end of the decade, compared to 1990 levels. The UK’s path to meeting this target is backed by a Ten Point Plan for a green industrial revolution, which will create and support up to 250,000 British jobs by 2030.

I’m deeply saddened by the tragic loss of life and destruction caused by the hurricanes. We want to work together with Guatemala ahead of the COP26, highlighting the need for a global commitment to tackle climate change, but also by creating jobs and prosperity at the same time.