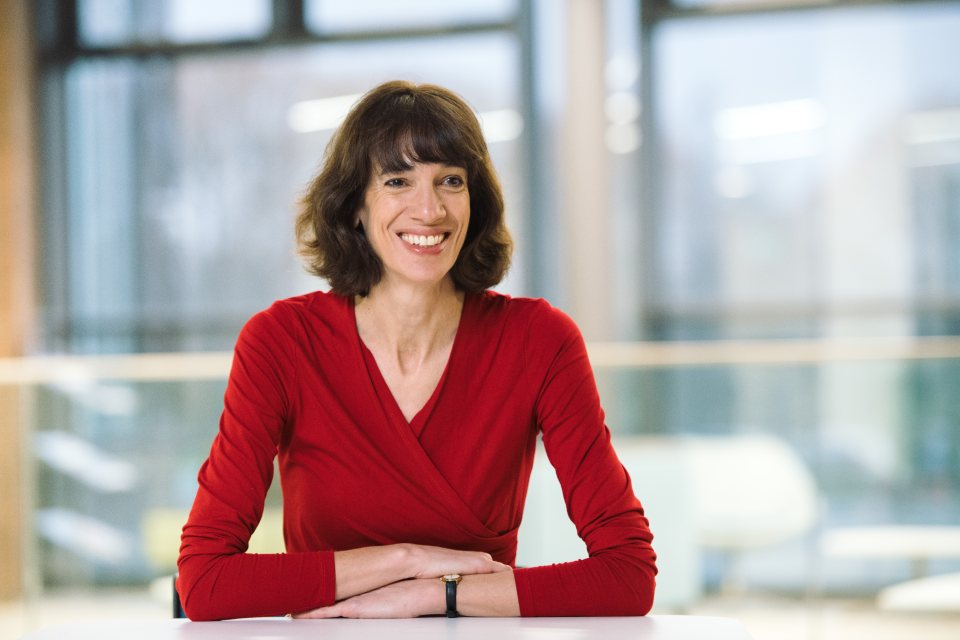 The UK Hydrographic Office (UKHO) has announced today that Non-Executive Chair Adam Singer has stepped down from his post on retirement after seven years and that Marion Leslie has been appointed as Interim Non-Executive Chair. The UKHO’s independent Non-Executive Chair is responsible for leading the organisation’s Board and ensuring its effectiveness in all aspects of its role.

Marion Leslie becomes Interim Non-Executive Chair after 6 years as a Non-Executive Director at the UKHO. Marion has substantial experience in applying scrutiny both in the development of business strategies, cases, plans and targets, and in assessing the UKHO’s success in delivering on its approved corporate plan.

Adam Singer, who has held the role of Non-Executive Chair since 2014, played a key role in supporting the UKHO’s development into a modern, world-leading hydrographic office through his close work with the organisation’s Executive Leadership Team and the Ministry of Defence.

In her new role as Interim Non-Executive Chair, Marion will be responsible for ensuring that the Executive Board as a whole is effective, which includes carrying out assessments of the performance of the Board and making recommendations on areas of development. Additionally, Marion will advise about the high-level business issues affecting the UKHO and act as a source of advice and guidance to the Chief Executive.

Away from the UKHO, Marion is the Head Financial Information at SIX Group Ltd and a member of the SIX Executive Board. She is also a member of the BME Board of Directors.

Marion was also included in the World Federation of Exchanges Women Leaders List 2021 and was named one of the 100 Most Influential Women in European Finance by Financial News in 2020. In 2017, she was nominated in the Cranfield University Female FTSE 100 Women to Watch Board Report and in 2014 was the winner of the Award for Achievement at the Women in Banking and Finance Awards.

I would like to express my sincere thanks to Adam for his many years of dedicated service to our organisation and for the highly valued work that he has delivered in recent years guiding UKHO’s Board as we look to deliver on our corporate goals. The whole team at UKHO wishes him all the very best for the future.

We now look forward to working with Marion as we continue with our vital work in supporting safe, secure and thriving oceans.

I am delighted to have the opportunity to support the UKHO as it continues to create world-class products and services for safe navigation and maritime decision support, both for Defence and for the commercial world. It is a wonderful organisation with deep expertise and I feel privileged to be part of the digital journey.

Reflecting on his time as Non-Executive Chair, Adam commented:

UKHO is arguably the UK’s most important but under-praised asset. UKHO’s navigational products not only guide the Royal Navy, but also ensure that over 10 billion tons – yes you read that right – of goods are safely transported by ship every year. It’s hard not to be thrilled by what UKHO’s meticulous, enthusiastic, knowledgeable staff accomplish. For me it’s been an absolute blast, and a serious honour to have been part of this.