On 14-16 October UK’s Special Envoy for post-Holocaust issues the Rt Hon Lord Pickles paid a visit to Lithuania, to learn more about historical memory of the Holocaust as well as endeavors to preserve Jewish heritage before 2020, the year of Vilna Gaon, Lithuanian Jews and Sugihara. 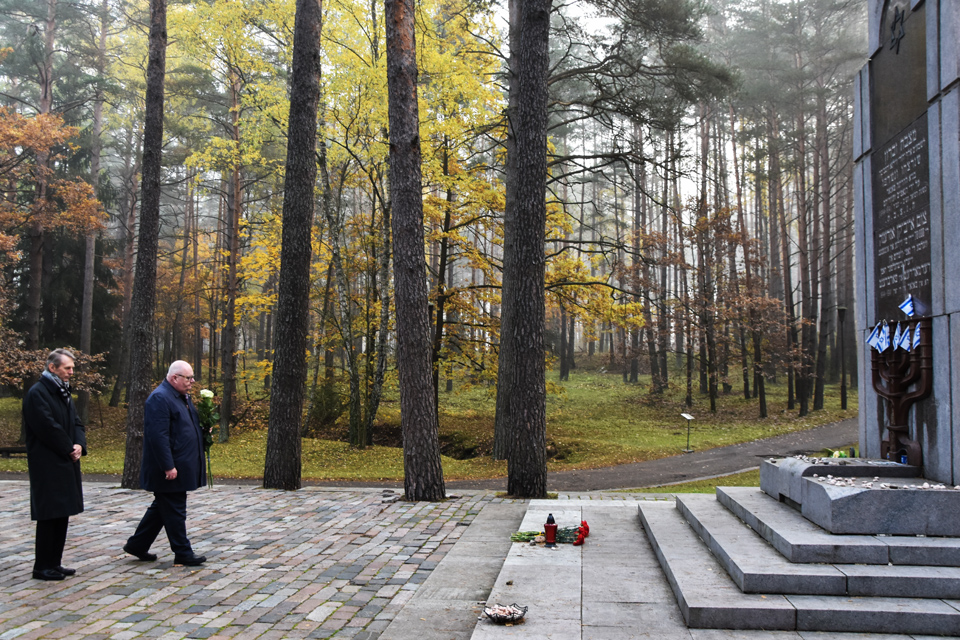 Honouring the victims of the Holocaust at Paneriai Memorial

During the three day trip, accompanied by the British Ambassador to Lithuania Brian Olley, Lord Pickles visited the memorials of Holocaust victims in Paneriai and Kaunas, laid flowers at the memorial stone for Righteous Among Nations, met different state officials and visited a number of Jewish-related cultural and historical places. During his visit Lord Pickles not only emphasised the importance of speaking the truth, but also focused on the importance of preserving historical memory, citing London’s new world-class Holocaust Learning Centre’s as an example of advancing Holocaust education around the world. 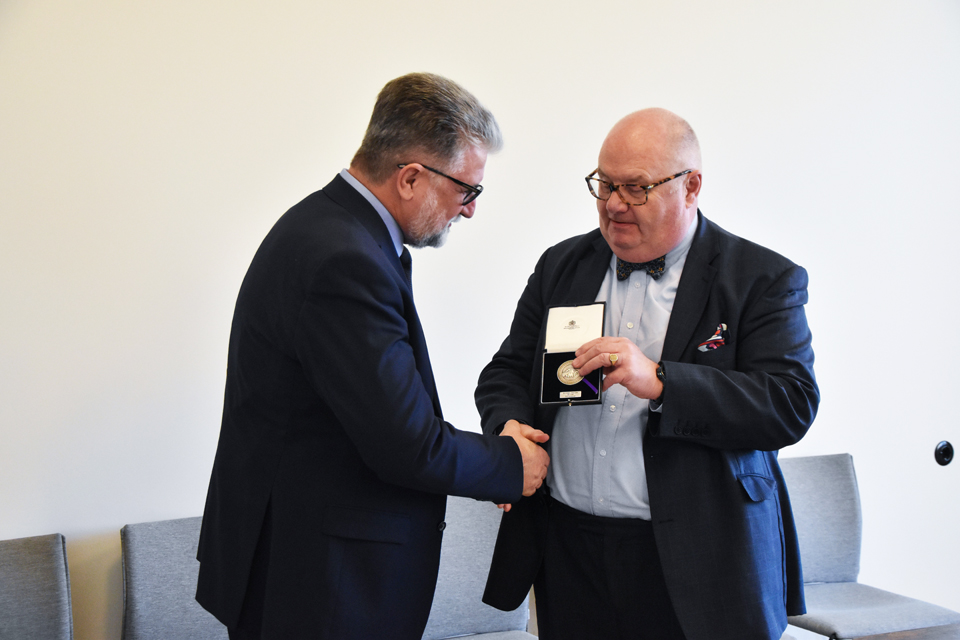 The visit also provided an opportunity to commemorate the legacy of former British diplomat Sir Thomas Hildebrand Preston, British Consul and later Charge d’Affairs in Kaunas, who in 1940 provided illegal Palestine certificates for Jews, to enable them to escape from Lithuania through Istanbul to Palestine. He also provided 800 Jews with legal travel certificates, a few hundred of which were able to cross the Baltic Sea to neutral Sweden.

His efforts were recognised in 2017 with a British Heroes of the Holocaust medal and in 2018 in the British Embassy Vilnius exhibition “Building Bridges”. In order to continue preserving the memory of Sir Thomas Preston in Lithuania, Lord Pickles presented a replica of Sir Thomas Preston’s British Heroes of the Holocaust Medal to The Sugihara Foundation in Kaunas, becoming one of a small number of artefacts, included in their public exhibition. 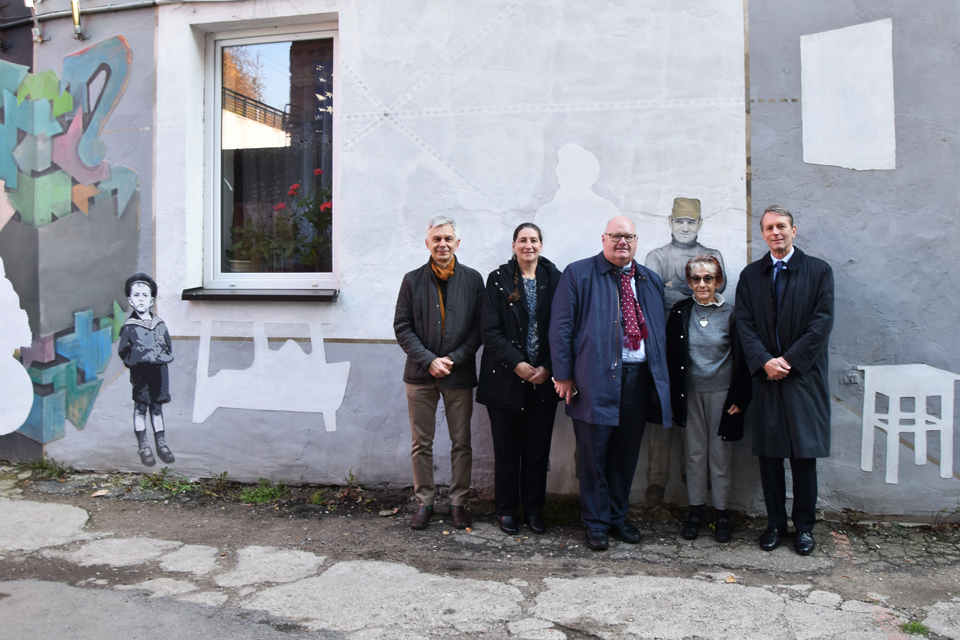 Moment from the visit

an interesting visit to Lithuania on Holocaust Issue. Moving and poignant, forming links that we will build on.