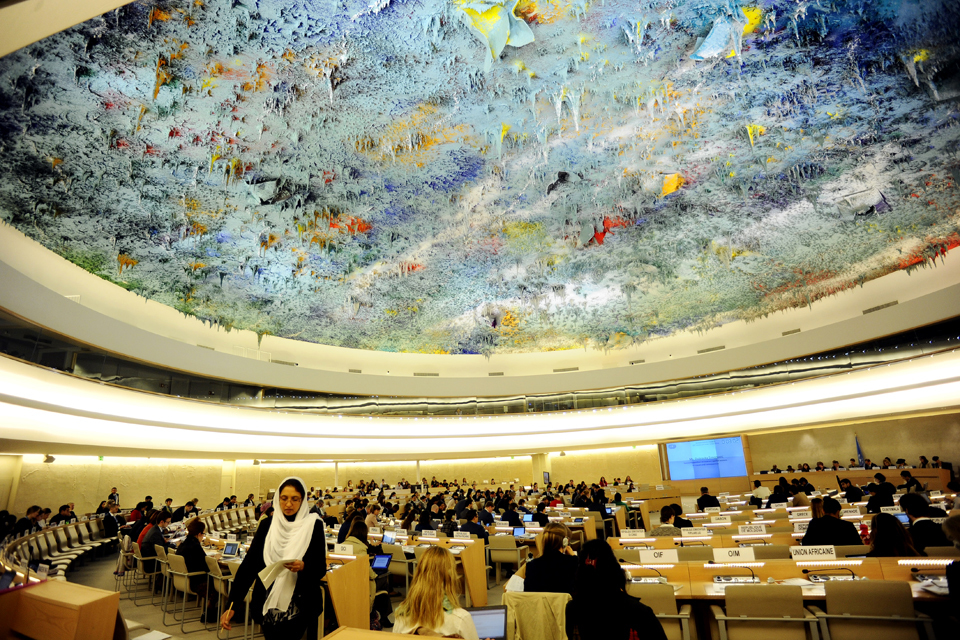 The UK has to the honour to present draft resolution L.25 on the human rights situation in the Syrian Arab Republic, on behalf of a group of states: France, Germany, Italy, Jordan, Kuwait, Morocco, the Netherlands, Qatar, Turkey and the United Kingdom.

This draft resolution reflects recent developments on the ground, which must be of concern to us all, including the ongoing crisis as a result of military action in Idlib. Since April, shelling and air strikes have resulted in 350 deaths and the displacement of over 300,000 people. These are violations causing suffering on a massive scale.

It is simply unjustifiable that 25 health facilities and 45 schools are reported to have been damaged due to airstrikes. And, in some cases these airstrikes took place despite the facilities sharing their coordinates with the UN deconfliction mechanism. As a result of these attacks, 49 health facilities have stopped or suspended all services, leaving the 3 million civilians in Idlib even more vulnerable.

The resolution also reflects the latest findings of the UN Commission of Inquiry on Syria, and includes new language expressing concern regarding the use of landmines by all parties to the conflict and on the need for all parties to search for missing persons in line with UN Security Council Resolution 2474, led by Kuwait. The resolution also reflects recent developments in OPCW investigations into the use of chemical weapons.

The negotiation process for this resolution has been open and transparent, and we have reflected many of the key concerns raised by states during the informal negotiation process. Once again we would like to thank member states for their constructive participation.

This text should be adopted without a vote being called. As we have said before, this resolution should enjoy the support of all at this Council. We urge all member states to put the plight of the Syrian people first, to support the UN-led political process under the auspices of the Special Envoy of the Secretary General, and adopt this text by consensus.

In the event we must have a vote on this text, we urge all delegations to vote in favour of the text as drafted.