Underlining our support for a world without nuclear weapons 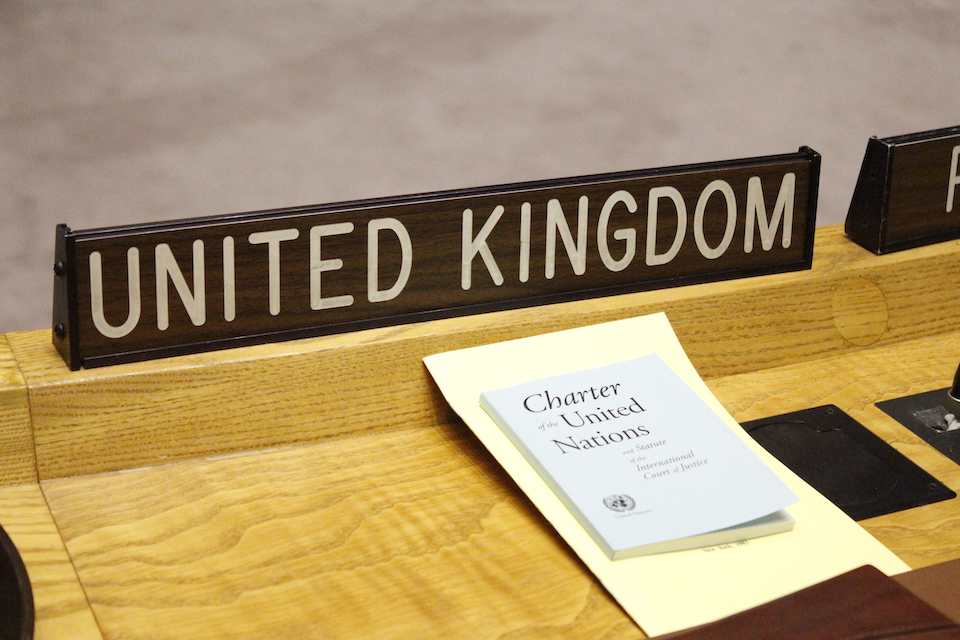 Thank you, Mr President. Let me thank you and the Irish Presidency, for bringing us together today to underline our support for the Comprehensive Nuclear Test Ban Treaty – the CTBT. Let me also thank our three briefers for their presentation and reiterate the United Kingdom’s congratulations to Mr. Floyd on his appointment as the Executive Secretary of Comprehensive Nuclear-Test-Ban Treaty Organization (CTBTO).

The UK views the CTBT, and its entry into force, as a vital part of the step-by-step approach to nuclear disarmament, under the framework of the Nuclear Non-Proliferation Treaty (NPT). We continue to be a vocal campaigner for its entry into force, engaging both publicly and privately with the remaining eight Annex 2 states. The UK’s Minister of State Mr Cleverly underlined our continued support just last week at the CTBT Article XIV Conference.

Our goal is very simple: to bring an end to nuclear weapon test explosions, anywhere on the planet. Each signature and ratification takes us closer to this goal. We therefore welcome the ratifications by Cuba and the Union of the Comoros since the last Conference.

The UK has not carried out any nuclear weapon test explosions or any other nuclear explosions since 1991. We played a central role in the negotiation of the CTBT, being one of the first states to sign it, and to complete ratification in 1998.

The UK condemns North Korea’s continued development of illegal nuclear and ballistic missile programmes, demonstrated most recently on 15 September by two ballistic missile launches, in violation of UNSCRs, and their six nuclear tests since 2006.

We call for the complete, verifiable and irreversible denuclearisation of North Korea, and I urge the country to resume dialogue with the international community.

We call on North Korea to sign and ratify the Comprehensive Nuclear Test Ban Treaty.

Turning to the CTBTO, it is our collective responsibility to sustain the verification mechanism, financially and technically, in order to ensure it is fit for purpose upon entry into force.

The UK is one of the largest financial contributors to CTBTO, providing £4.5 million annually. We provide extensive technical and political support. We maintain the UK National Data Centre and host thirteen facilities, which support the International Monitoring System.

Mr President, we must all take responsibility to promote the Treaty’s entry-into-force, including engaging with the remaining Annex 2 states, but also with civil society and youth, to demonstrate the crucial role that this Treaty and its Organisation play in maintaining international security, and as a step towards our shared goal, of a world without nuclear weapons.

Underlining our support for a world without nuclear weapons

International Affairs E3 statement on IAEA verification and monitoring i…
0
✖