Uniting to stop the proliferation of chemical weapons in Syria 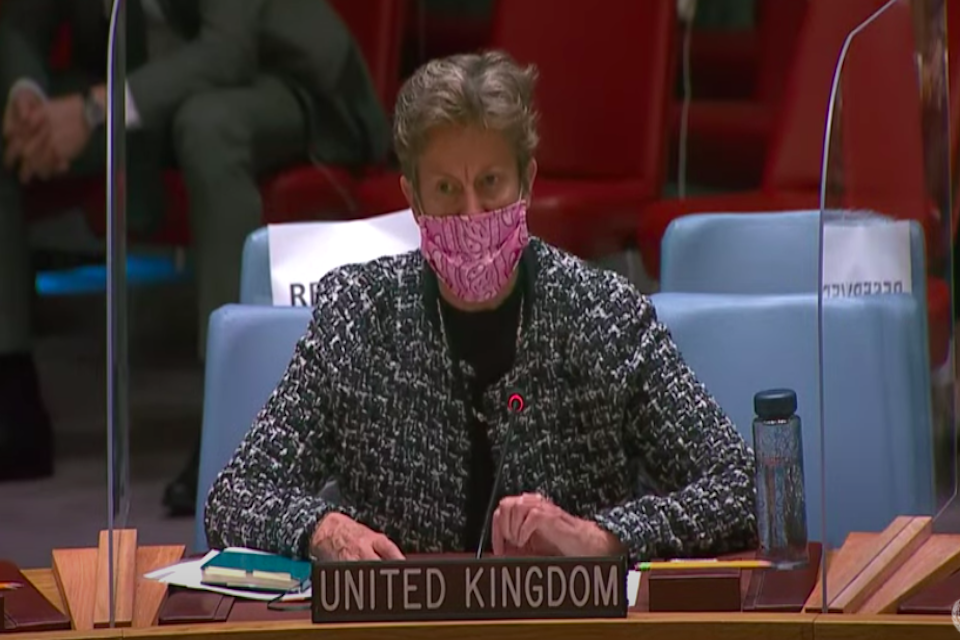 Thank you Madam President and I join others in welcoming you to the presidency and assuring you of our full support.

I would also like to extend a warm welcome to colleagues from Albania, Brazil, Gabon, Ghana and the United Arab Emirates and look forward to working with you.

I’d like to thank USG Nakamitsu for her briefing and the OPCW Director-General for his monthly report.

As we enter a new year, this meeting – I agree – is an opportunity to review the facts and progress on this long-running agenda item.

Yet despite international cooperation on the destruction of chemical weapons stocks declared by Syria in 2013, it subsequently became clear that Syria had retained a chemical weapons capability in contravention of resolution 2118 and the Chemical Weapons Convention.

Further chemical weapons attacks took place. And thorough investigations by OPCW and joint UN-OPCW experts have confirmed that the Syrian regime has used chemical weapons, including chlorine and sarin, on at least 8 occasions throughout the conflict. These regime attacks have killed and injured hundreds of innocent people. ISIL terrorists were found to have used them on 3 occasions.

Over 8 years since Syria joined the Chemical Weapons Convention, the OPCW Director-General’s monthly reports – of which there are now almost 100 – confirm there remain 20 unresolved issues with Syria’s initial declaration. These include the undeclared production and weaponisation of toxic chemicals and the unknown whereabouts of significant quantities of chemical warfare agents and munitions.

Over the past 12 months, Syria’s failure to meet its obligations has continued. Syria has repeatedly refused to issue visas for OPCW personnel, made no serious effort to meet Technical Secretariat experts and shown a total disregard for decisions of the OPCW Executive Council and Conference of States Parties.

Over the last 8 years, accountability and effective Council action to uphold resolution 2118 has been blocked by the use and threat of the veto, and by a concerted disinformation campaign to malign and undermine the OPCW and its findings.

Uniting to stop the proliferation of chemical weapons in Syria