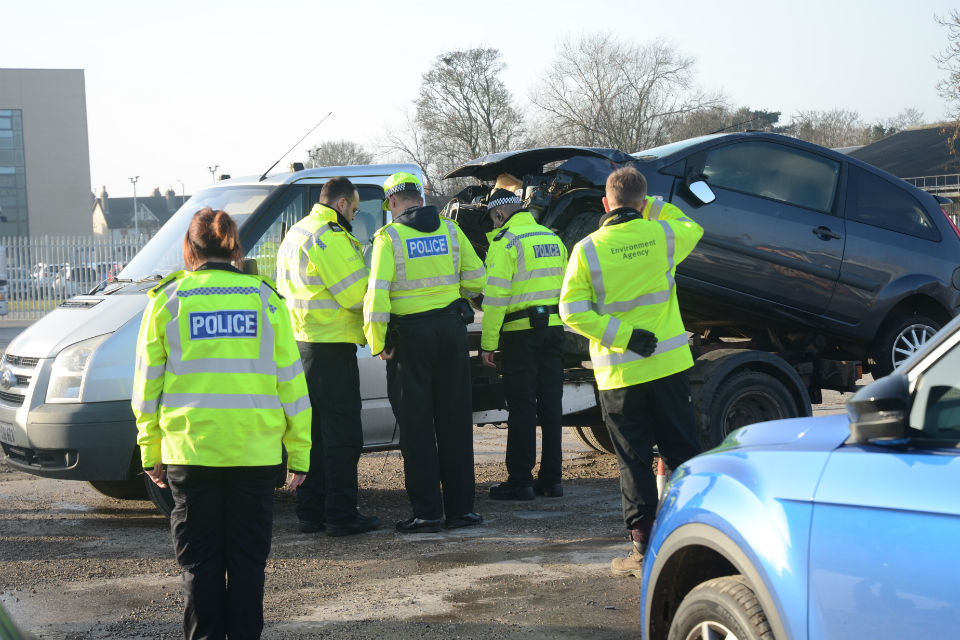 The case was heard at Nottingham Magistrates’ Court on Wednesday 19 June.

Jake Thomas Mayfield, 25, of Blackthorne Close, New Balderton, was successfully prosecuted by the Environment Agency after he was found to be transporting a scrap vehicle without possessing the requisite waste carrier licence on 11 December 2018.

Mayfield was discovered as part of Operation Transporter, a multi-agency operation targeting road crime which is run in partnership with Nottinghamshire Police, HM Revenue and Customs and the Driver and Vehicle Standards Agency (DVSA).

Mayfield claimed that he was only moving the scrap for a friend, and that he was not operating a waste business. However officers conducted a search of the vehicle Mayfield was using to transport the scrap car and found two invoices from two scrap metal merchants, which suggested that other scrap had been transported and sold on the same day.

During sentencing, the magistrates took into account Mayfield’s previous convictions for fly tipping and concluded that the waste carriers offence had been committed deliberately.

Anyone transporting waste as part of their business, whether it is their waste or someone else’s, has to have a waste carrier licence.

Speaking after the case, a spokesperson for the Environment Agency, said:

The penalty imposed in this case demonstrates how seriously the courts take waste crime. We are pleased with today’s outcome which shows how we will take robust enforcement action to protect communities and the environment against those who deliberately ignore the law. We hope it makes it clear that if anyone transports waste, they must register for a waste carrier licence.

The waste carrier licensing system is intended to ensure that only persons or businesses who properly and lawfully dispose of waste are able to collect and transport waste. Given Mayfield’s previous fly tipping convictions, this case highlights the importance to householders and businesses of only using licensed waste carriers to ensure any waste they hand over to a waste collector will be properly and legally managed.

To report businesses operating without a waste carriers licence or other waste crime call the Environment Agency 24/7 on 0800 80 70 60 or report it anonymously to Crimestoppers on 0800 555 111. You can also check online whether a waste carrier is genuine.

On 11 December 2018, at Newark Cattle Market, Newark, NG24 1BY Jake Mayfield, being a person who was not a registered carrier of controlled waste, did, in the course of his business or otherwise with a view to profit, transport controlled waste, namely a scrap vehicle, registration FJ08WZA and other vehicles parts contrary to section 1(1) of the Control of Pollution (Amendment) Act 1989.