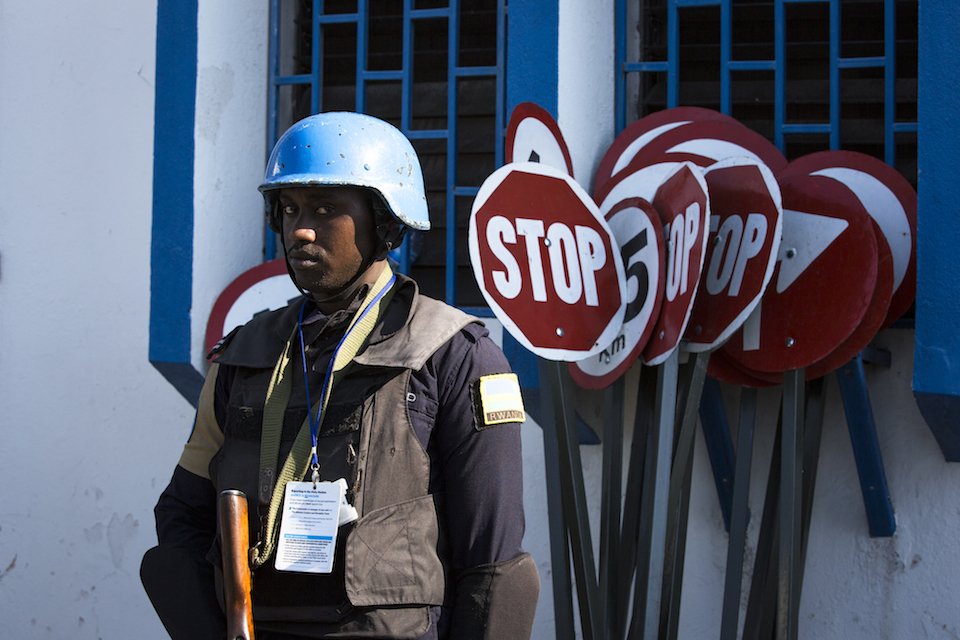 Thank you, Mr President, and thank you, Under-Secretary-General Lacroix for the briefing. And I’d like to join others in welcoming the Peruvian Foreign Minister back amongst us today.

Mr President, today marks a milestone for the United Nations’ engagement in Haiti: the end of UN peacekeeping and a fundamental reconfiguration of UN assistance. So I would like to start by commending the efforts of UN personnel who have worked to support Haiti and the Haitian people and, of course, the UN’s Haitian partners over the last 15 years. With MINUJUSTH support, the Haitian National Police has assumed sole responsibility for the provision of security and important benchmarks have been met with regard to pre-trial detention and the institutionalisation of human rights instruments.

However, there has also been a lack of progress in critical areas, including in tackling impunity and rolling out reforms in the justice sector. Just two of the 133 priority actions in the 2017-2021 Strategic Development Plan on Policing have been completed to date. More broadly, the UK, like others around the table this morning, is acutely aware that the political, security and economic situation in Haiti today is highly volatile. The continuing political crisis gives serious cause for concern and I would like to reiterate the UK’s call to all parties to resolve their differences peacefully.

Mr President, MINUJUSTH and its predecessor, MINUSTAH, made important contributions in Haiti but external security assistance and technical supports are not capable on their own of resolving the political and governance problems undermining Haiti’s stability. The establishment of BINUH now provides an opportunity for Haiti and the UN to embark on a fundamentally new relationship – one that focuses on national ownership, political engagement and the forging of strong partnerships for stability and development in Haiti.

There are three priorities that I would like to highlight in particular:

Firstly, immediate progress towards an inclusive national dialogue is an essential first step toward political stability. As our concrete measures to address impunity, corruption and human rights violations, I urge the Haitian leadership to be bold in taking such steps. Secondly, with support from BINUH, Haiti and its partners should continue to invest in the development of the Haitian National Police at this critical time. And thirdly, I would urge further momentum on human rights issues, including justice for victims, in anticipation of Haiti’s Universal Periodic Review in the Human Rights Council in 2021.

Mr President, with regard to the transition process from MINUJUSTH to BINUH, I would like to welcome the UN’s progress with the first two phases of its reconfiguration. Given its importance in setting the initial direction of the mission, as well as the working relationship between BINUH and the UN country team, it is vital that the third phase is completed in a timely and effective manner. Co-location of the UN entities should help to facilitate this.

The UK also welcomes the use of distinct corps and contextual benchmarks of BINUH, as you’ll see in the bottom left-hand corner of the handout, which I join others in commending. We urge that the indicator targets and any revisions or additions to the current benchmarks should not only be realistic and robust, but also nationally owned.

Mr President, I would like to conclude by thanking SRSG La Lime and her team for their work in this new generation of Haitian-UN cooperation. I’d like to urge all actors to work together in search of bold and creative solutions to Haiti’s challenges.

UN’s transition out of Haiti

International Affairs New Office for Veterans’ Affairs will ensure the…