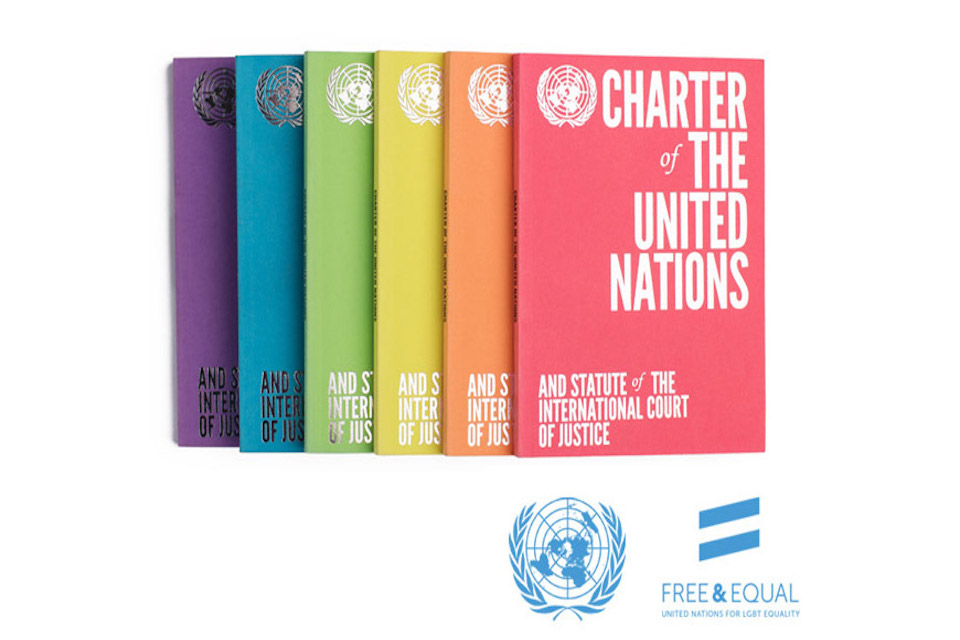 Mr President, thank you, Minister, for coming here to be with us, and all the other ministers who’ve honored the Council with their presence today. And once again, how nice it is to have Mary Robinson with us representing the Elders. And thank you for all the work that the Elders do to uphold the Charter. We very much welcome as well, Mr President the spirit of collaboration, which the Viet Nam mission has brought to this enterprise, including on the presidential statement, which we hope the Council will adopt today.

We’ve heard many quotes, Mr President, from the Charter. Nobody could accuse the founding members of a lack of ambition when they drafted the Charter. But at times, the United Nations has often suffered from an almost unbridgeable gap between the power of its central vision and the actual actions it has been able to carry out. And by the United Nations, I don’t just mean the UN bodies, but I mean we, the member states, as well. And yet the United Nations takes action that directly affects the lives of millions of ordinary citizens. The UN has 13 peacekeeping missions operating in regions that are home to 1.8 billion people. The World Food Programme delivers food to nearly 87 million people in 83 countries, providing 15 billion meals. In 2018, UNHCR supported 2.24 million refugees and UNWRA supported a further 5.5 million Palestinians. And the WHO vaccinates hundreds of millions of people. In 2018, it vaccinated almost half the world’s children and it has eradicated smallpox. And it is close to eradicating polio; the world is 98 percent free.

Mr President, if the UN did not exist, we would have to create it. And the Charter makes very clear the emphasis on states to cooperate, to harmonise actions to attain common ends. I hope we can remember that article of the Charter as we deal with some of these intractable issues of peace and security on the Security Council.

Mr President, I was very struck by what Kofi Annan said in his farewell address to the United Nations in 2006. He said, ‘together we have pushed some big rocks up to the top of the mountain even if others have slipped from our grasp and rolled back down. But that the mountain is the best place to be even with bracing winds because of its global views’. The rules-based international system, Mr President, which the Charter embodies is the best prescription to those bracing winds and the rocks rolling back down the hill.

The United Kingdom has the honour to be a founding member of the United Nations, like some other members here today. And we share the belief in the rules-based international system and the UN’s role at the apex of it. And as we leave the European Union, the United Kingdom looks forward to having the UN as an even more important stage for British foreign policy as an active and independent force. And we very much hope that as my foreign secretary has said, a force for good so that we can cooperate with other colleagues to strengthen the security and prosperity that the UN has helped create over recent decades.

In a world where change is moving at an ever increasing pace the Charter should be seen as a framework around which we can construct our responses to those challenges. And it should be an enabler, a point of reference and the constant source to which we turn in a world burdened with increasing complexity and uncertainty. Used in such a way, as we heard from the Secretary-General and others today, the Charter gives us what we need to help us head off crises, de-escalate confrontations and develop effective responses to conflict. And again, I draw colleagues attention to the things we are battling with on the Council, notably Libya, Yemen, Syria and tensions in the Gulf.

We should not, Mr President, regard the Charter as a straitjacket. We want to have options for collaboration and for action. We don’t want to reduce those options artificially because if we do, we bring only decrement to the people we represent and serve.

The Secretary-General and other colleagues have highlighted peace-keeping. I want to pay tribute at this point, if I may, to Brian Urquhart, who will be 101 next month. He did more than many people to set up the UN’s peacekeeping arrangements. And that is not something that appears in the Charter, nor do special political missions. Rather, they are an excellent example of member states working together within the framework of the Charter and in the context of the Security Council to address the challenges of yesterday and today.

Mr President, we believe we need to retain this forward-looking spirit as we look for ideas to tackle the challenges of tomorrow, such as the growth in new technology, to which my Prime Minister referred in his General Assembly speech, the challenges of anti-microbial resistance or the impacts of climate change. These were not foreseen by the drafters of the charter, but they remain very much on our minds.

Mr President, a few people have mentioned reform and veto reform, so let me set out the UK’s position. We are a signatory to the ACT Code of Conduct, which commits us not to vote against credible Security Council action to stop mass atrocities and crimes against humanity. But the fact that we do not all agree on the veto should not prevent us making progress in pursuing other areas of Security Council reform.

Mr President, I want to say a word about state sovereignty. Respect for equality, for state sovereignty, for the principle that countries are all equal and that stronger countries should help weaker countries – this cannot be used as an excuse for failing to address conflicts or violations of human rights and international humanitarian law. It is violence and conflicts and not our attempts to help member states prevent those that threaten state sovereignty. And I would draw colleagues’ attention to Article 2 of the Charter, which makes clear that nothing should upset the fundamental rights that the Charter sets out.

I’d like to close, if I may, Mr President, by referring to the current situation in the Middle East, the status featured in our debate today. My foreign secretary has recently been visiting Washington, and I would like to reprise what he said there. He said that we recognise the danger and threat that Iran poses to the Middle East. We recognise the right to self-defense. At the same time, we want to see tensions de-escalated. We want to find a diplomatic way through. And this is why the remarks we’ve heard recently about a diplomatic solution are so important. It means also that the government in Iran should be willing and committed to a diplomatic outcome as well. And I can pledge, Mr President, the United Kingdom stands ready to assist any diplomatic efforts.