Urging Syria to cooperate fully with the OPCW 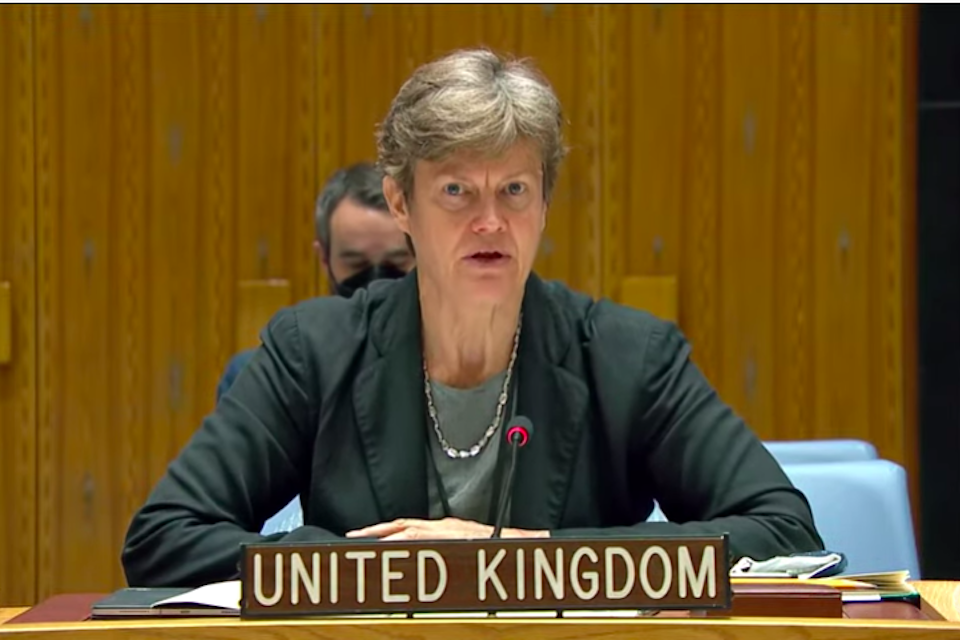 Thank you, Mr President, and like others, I would like to join in thanking France for their chairmanship of the Security Council during July, and to wish India the best for your chairmanship this month.

I’d like too to thank Mr Markram, the Deputy to the High Representative for Disarmament Affairs, for his report.

Mr President, Article 25 of the UN Charter requires Member States to accept and carry out the decisions of the Security Council. In resolution 2118, the Security Council decided that Syria would not to use, produce or retain chemical weapons, and would cooperate fully with the OPCW and its personnel, providing them with immediate and unfettered access.

By using chemical weapons throughout the conflict and by failing to comply fully with the OPCW and its various teams, Syria has repeatedly breached its obligations under the UN Charter, Security Council resolutions, the Chemical Weapons Convention and decisions of the OPCW. Unfortunately, the Director-General’s monthly report provides further ongoing evidence of non-compliance.

First, there has been no progress in resolving the 20 outstanding issues in Syria’s chemical weapons declaration. In the light of Syria’s willingness to use chemical weapons throughout the conflict, this represents an ongoing threat to international peace and security.

Third, we note the alleged destruction of two chlorine cylinders connected to the 2018 Douma chemical weapons attack in a strike on a former chemical weapons production facility. We understand the OPCW were in the process of attempting to take these cylinders to The Hague for further investigation. As the OPCW observes, if the cylinders were destroyed at that facility, it means that Syria had moved these cylinders from another facility 60 miles away against the express instructions of the OPCW. This incident represents not only a highly concerning failure by Syria to comply with important OPCW requests, but also unauthorised interference with evidence central to an ongoing high-profile investigation.

So we yet again appeal to Syria to comply with its obligations and to refrain from actions not consistent with them. We note the proposed meeting between the OPCW’s Director-General and Mr Mekdad. We hope this will be an opportunity for renewed commitment by Syria to compliance and to set it on a path to restoring its rights and privileges under the Chemical Weapons Convention.

Finally, Mr President, we yet again commend the OPCW Technical Secretariat’s professionalism and integrity, and its tireless efforts to support Syria on the road to compliance.

Urging Syria to cooperate fully with the OPCW