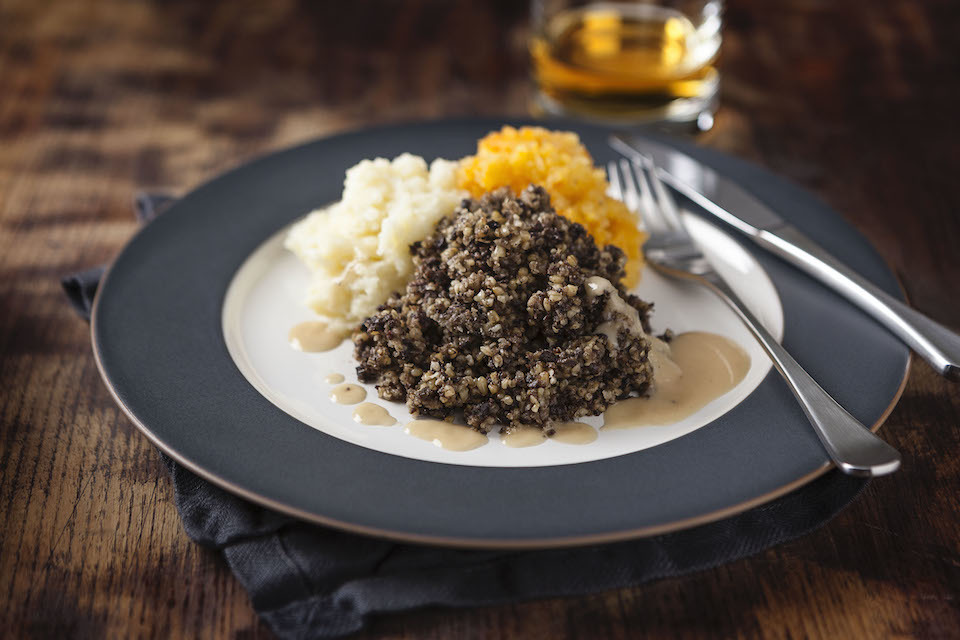 Macsween of Edinburgh has launched its vegetarian haggis for the US market in time for Burns Night, making this the company’s first export to America in nearly 50 years.

Branded in the US as “Scottish Veggie Crumble”, Macsween’s haggis is available in 14 Fairway Market stores across New York, New Jersey and Connecticut.

Despite there still being a US import ban on traditional haggis, Macsween decided to export its award-winning vegetarian haggis for the free-from, planted-based and vegan market. The launch of the “Scottish Veggie Crumble” means there’s a seat at the table for everyone this Burns Night no matter your dietary requirements.

We at Macsween are delighted to be exporting again to the USA after 49 years!

Finally, Americans and the expat community can enjoy the UK’s most loved haggis brand known for its award-winning taste and texture. This is a huge milestone for Macsween to be expanding internationally and leading the way in plant-based food exports.

My grandfather, Charlie, would be very proud to see how far we’ve come from his original butcher’s shop in Bruntsfield which he opened back in 1953. My father John Macsween would also be proud as he invented the world’s first vegetarian haggis in 1984.

Macsween has already sent 360 cases of “Scottish Veggie Crumble” to the US this month, and the iconic haggis producer is currently in the process of appointing a sales agent in the US to support its international expansion.

The US remains the top destination for Scottish goods, and in the year to September 2019 Scottish goods exports to the country were worth £4.3 billion. This was an increase of 8% on the previous year, with food and drink accounting for 30% of exports.

Meanwhile in the UK, Macsween is the most loved haggis and vegetarian haggis brand with a 60% share of the vegan haggis market according to a ScotPulse survey in November 2019.

It’s great to see Macsween enter the US market for the first time, giving Scots in America a taste of home this Burns Night.

The US is the second biggest export market for Scotland, and a new free trade agreement will make it easier for businesses to sell their goods in the US, which will encourage growth and create jobs for people in Scotland.

In 2017, Macsween made history when it became the first company to export haggis to Canada since 1971, after developing a new recipe that meets the country’s food safety regulations.

Vegetarian haggis launches in the US for Burns night

Business A UK-Ghana partnership Beyond Aid: op-ed by Iain W…
0
✖