He was also banned from working in the waste industry for 5 years. The case was brought by the Environment Agency.

Adam Wilcott managed the transfer station on behalf of Highgate Services Ltd that took over the environmental permit for the site at Trevol Business Park in December 2017. The business was previously operated by a local company, Wilco’s Waste Management Ltd.

The site’s permit allowed it to accept non-hazardous waste including stone, rubble, brick, wood, packaging, plastics, construction waste, metal and household wastes. The material was to be sorted and any wastes of value sold to other sites for reprocessing, reuse or recovery.

In January 2018 Environment Agency officers visited the transfer station and noticed it was in a ‘very poor state’. Unsorted waste was overflowing onto adjoining land, contaminated run-off was overflowing from a drain and waste was being stored in skips outside the permitted area. The main building was poorly maintained and this had resulted in flooding of an area used to store waste.

Highgate Services Ltd was issued with a Compliance Assessment Report that listed 5 breaches in its site permit. No attempt was made to rectify the breaches despite officers making 4 subsequent site inspections between April and August 2018 and notifying the company of ongoing problems.

In July 2018, Adam Wilcott deliberately locked the waste transfer station after an Environment Agency officer arrived outside, denying access. The officer conducted the inspection from the site boundary and saw it was still in a poor state.

When the officer returned a few days later they reported the site ‘appeared to be out of control’ and was ‘rammed full of mixed skip waste with many tonnes spilling into the yard.’ The officer repeatedly tried, without success, to contact Michael Bonar, the sole director of Highgate Services Ltd. 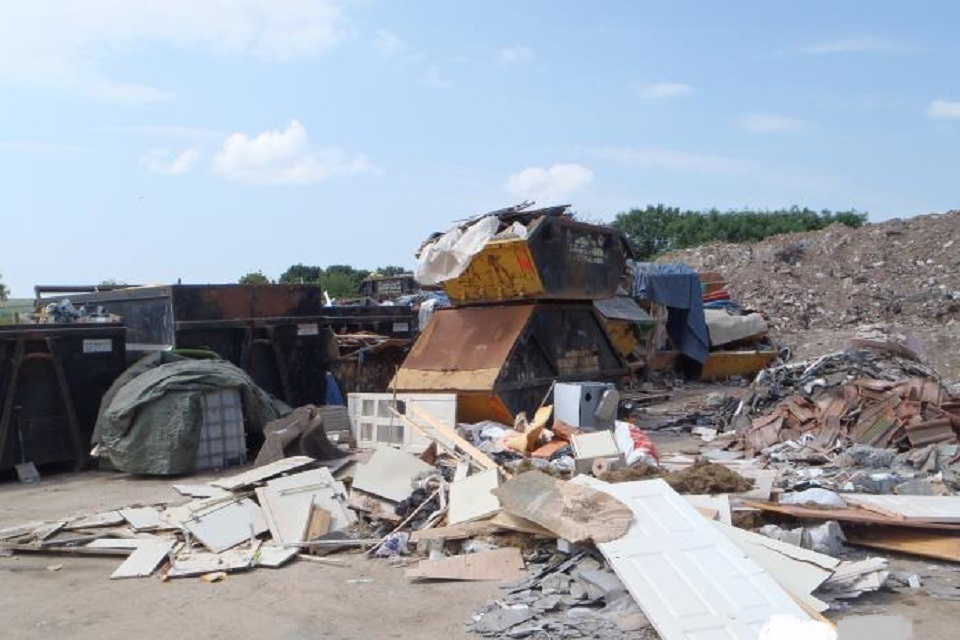 The Environment Agency served Highgate Services Ltd with 3 separate enforcement notices requiring it to reduce the amount of waste on the site within a specified time period. The company complied with the first notice, but failed to comply with the other two.

A court heard the waste transfer station ceased operating in November 2018. It was later sold to a developer still with a large amount of waste abandoned on site. The Environment Agency is working to ensure the new landowner clears the site of the waste.

It is important waste operators comply with the conditions of their permits to safeguard the environment and people. The defendants in this case continued to operate illegally despite receiving advice and guidance from the Environment Agency on numerous occasions. The operators allowed the site to steadily deteriorate until finally we were left with no choice other than to prosecute.

Appearing before Plymouth Magistrates, Adam Wilcott, of Copleston Road, Plymouth, was given a 12 month prison sentence suspended for 2 years, ordered to pay £2,308 costs and carry out 100 hours of unpaid work after pleading guilty to 4 offences under the Environmental Permitting (England and Wales) Regulations 2016 including not operating a management system that reduced the risk of pollution and failing to comply with an enforcement notice.

Wilcott was also made the subject of a Criminal Behaviour Order preventing him from taking part in any waste business activities for 5 years.

Highgate Services Ltd, of Burnt Oak Hill, London, was fined a total of £18,800 and ordered to pay £2,338 costs after pleading guilty to the same 4 offences under the Environmental Permitting (England and Wales) Regulations 2016.

Environment A vision for future farming
0
✖