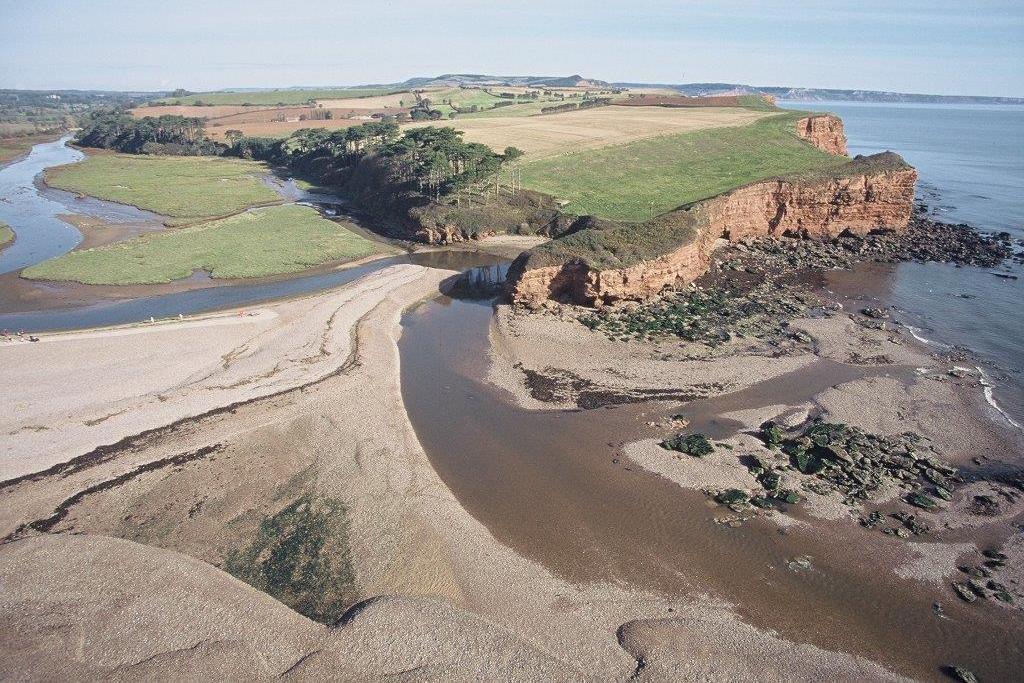 The £15 million project is the English arm of a €25.7 million Anglo-French venture, Promoting Adaptation to Changing Coasts (PACCo), supported by Interreg France Channel England. Work is also going ahead on a similar project in the Saâne estuary, Normandy.

The PACCo project is looking at how climate change threatens coastal areas and the adaptation work that will be needed to deal with the threats.  Such adaptation will bring with it the possibility of long-term social, environmental and economic benefits, such as improved well-being for residents and visitors, more environmental tourism and a greater variety of wetland birds inhabiting the area.

The main site compound and offices, in a field alongside the junction of Granary Lane and South Farm Road, have been set up and materials needed to build a new embankment road are being brought in.

During August contractors, Kier, will begin excavating a new system of tidal creeks between Big Bank (towards the northern end of the project area) and South Farm Road (this work will be done without the removal of hedgerow and using a methodology agreed with RSPB). Parking restrictions have recently been introduced along South Farm Road to allow for work to progress safely.

Throughout the summer Kier will also continue work on Budleigh Salterton Cricket Club’s pitch at their new site just off the B3178 East Budleigh Road. In the autumn the main vegetation and tree clearance around the site, including at the old tip on South Farm Road, will take place.

A liaison group has been set up with members including councillors, organisations and residents, in order to help keep local people up-to-date with what is happening.

This is an important project demonstrating how countries can work together to find solutions to help tackle climate change. I’m really pleased that the work is now underway.  It will have huge benefits, not only through the way we adapt to meet the challenge of climate change, but to the people and wildlife that share this area.

The Lower Otter Restoration Project is hugely complex and has required a great deal of courage, commitment and sheer hard work to get to this exciting stage.

Devon Wildlife Trust is following the project very closely and is looking forward to the overwhelming benefits allowing more space for wildlife and natural processes will bring. Our estuaries are some of the richest habitats for wildlife anywhere in the country – providing critical nursery areas for fish and billions of creatures at the base of the food chain and vital food for a host of water birds.

The success and lessons learnt through LORP will be critical in influencing many more exciting projects across the south west which are essential if we are to rebuild our coastal habitat health and the wealth of benefits they provide for people.

The Lower Otter Restoration Project is being carried out in partnership with the Environment Agency, landowners Clinton Devon Estates and the East Devon Pebblebed Heaths Trust. More information is available at: www.lowerotterrestorationproject.co.uk.

The French arm of the project is in the Saâne Valley in Normandy and includes building a new water treatment works and moving a campsite at Quebeville.

It is thought that up to 70 estuarine sites in northern France and southern England may benefit from the PACCo project, by following the model being used on the Lower Otter and Saâne Valley.