Working together to prevent the proliferation of small arms 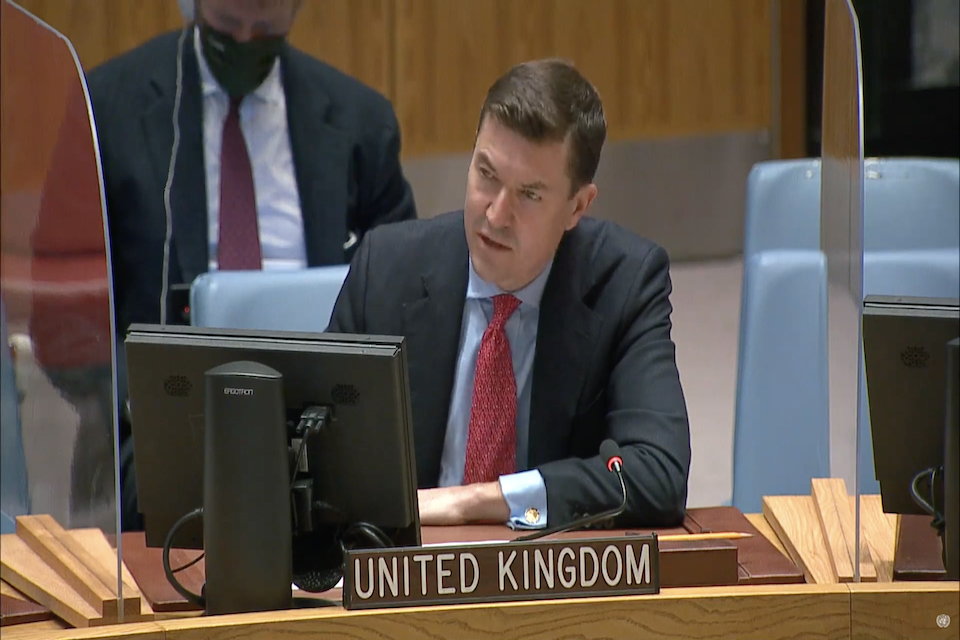 Many thanks indeed Mr President and it’s very good to welcome you and Minister Bhattacharyya to the Council today. It’s good to see you. As you said in your statement Mr President, the diversion and misuse of small arms and light weapons costs hundreds of thousands of lives each year. And as the latest Secretary-General’s report makes clear, once again illicit small arms undermine security and sustainable development, drive conflict and fuel crime and terrorism. So this is very much the business of this Council.

I want to turn first to the important role this Council can play in supporting efforts to address illicit flows of small arms and light weapons. Mexico has rightly brought attention to our arms embargoes. In order to be effective, it is vital that embargoes are properly implemented and enforced. And Ms Devoto spelt out I thought very clearly the advantages of doing so, of properly implementing them, and the cost where we don’t.

We thank the various panels of experts for the important oversights and implementation they provide. Additionally, weapons and ammunition management support is being provided in a range of settings also on the Council’s agenda. This assistance should draw on recognized sources of best practice such as the modular Small Arms Control Implementation Compendium and the international ammunition technical guidelines. By restricting illicit weapon flows, arms embargoes can also present space and opportunity to strengthen state security institutions more widely which is why this Council should think very carefully before we lift them. And where appropriate, the Council should support this through mandating missions to provide security reform assistance and should lift embargoes only when states are fully ready to take responsibility for preventing small arms diversion and misuse.

Mr President, as in all areas sustainable peace requires the full and active participation of women, and this applies equally to the response to small arms trafficking – the Secretary-General’s report makes clear the horrific impact of the misuse of these weapons, particularly on women and girls, and we fully support the report’s recommendations to the Council in this area.

The Council should mandate the UN to do more in these areas, as well as to identify and transfer best practice, and to better gather, pool and share disaggregated data on small and illicit arms and their effect in conflicts on the Council’s agenda. However, activity mandated by the Council should recognise the varying situations and the fine political balances within peace operations rather than being too directive.

But states must also recognise their responsibilities in this area as other speakers have said. Small arms trafficking networks operate internationally, and all states can support conflict-affected regions by implementing their own robust export control and customs systems. The Arms Trade Treaty is a key multilateral tool to ensure a well-regulated, legal trade in conventional arms, and to address illicit transfers. And we continue to encourage all states to ratify and to accede to the treaty.

For our part, the UK will continue to support other policy initiatives in this area such as the Group of Governmental Experts on Problems Arising from the Accumulation of Conventional Arms and Ammunition Stockpiles in Surplus as they seek to establish better standards for the safe storing of ammunition.

And we will also continue to partner with other states to strengthen arms control frameworks through national legislation, to implement better stockpile management procedures, and to tackle the grave challenges recognized by our briefers today.

Mr President, our peacekeepers, the UK peacekeepers on patrol in Mali, have seen how just a limited number of small arms can be used to terrorise and abuse communities. Where they can, they have confiscated and destroyed such weapons but it would be much more effective to work together to prevent them falling into the wrong hands in the first place. This Council should do all in its power to work to ensure this. As Ms Devoto has said, the tools, the knowledge and the experience are all there. What we require is political will. Thank you Mr President.

Working together to prevent the proliferation of small arms

International Affairs Informal briefing on Ethiopia with the OHCHR High …

International Affairs G7 Summit of Foreign and Development Ministers to …
0
✖