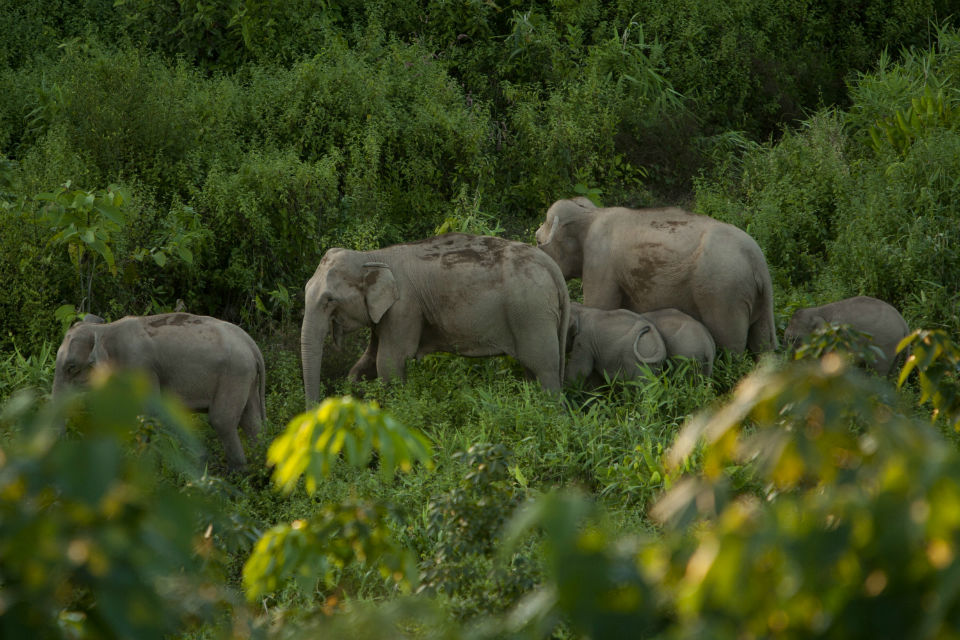 A major UK Government-supported project has helped over 70,000 people and hundreds of elephants live side-by-side peacefully in Myanmar.

The Asian elephant’s habitat ranges across 13 countries in Asia, but it is an endangered species with less than 40,000 remaining worldwide – less than one-tenth of the African elephant population.

The UK is a global leader on the protection of elephants having introduced one of the world’s toughest ivory sales bans last year.

Furthermore, UK aid funding from the Darwin Initiative has been critical in establishing a partnership project called ‘Integrating biodiversity & elephants into peace & development’. Conservation group Elephant Family, together with partner organisations Wildlife Conservation Society, Compass Films and Grow Back for Posterity, are behind the scheme.

The coexistence programme is aiming to reach 12,000 families, which will make a difference to lives and livelihoods through education, poverty reduction and providing space for elephants through land-use changes, which is contributing to achieving the Global Goals.

World Elephant Day is a chance to celebrate the brilliant individuals and organisations around the globe who are dedicated to protecting this iconic species for future generations.

I am delighted to see the successes of Elephant Family’s project to protect Asian elephants in Myanmar.

The Darwin Initiative is critical in supporting this type of international conservation project, and for ensuring local communities are central to conservation initiatives.

Myanmar still has the largest tract of intact elephant habitat in Asia and could support a larger number of wild elephants than the current estimated population of 2,000.

Projected growth of the human population in Myanmar is likely to increase pressure on elephants living in the natural environment because of habitat loss. The scheme from Elephant Family and partners works through educating school children and also having a programme to inform local communities about land management.

Elephants have huge cultural and historical importance but, as a so-called ‘keystone species’, they also play a central ecological role in maintaining the biodiversity of the ecosystems in which they live.

Now in its third year, the project has been successful in facilitating forest and biodiversity protection. Through practical support, over 43,000 local people across 63 villages have been empowered about sustainable land-use management – helping tackle poverty alleviation through supporting the foundation of local livelihoods – through land tenure and ownership.

The project is working in communities located in south-central areas of Sagaing, Ayeywarwady, Bago, Mandalay and the south-eastern region of Tanintharyi.

Through education, this project has promoted a better understanding of elephants, what causes conflict with people and how best to avoid it.

It’s a highly practical project, aimed at every age group in communities that either do, or may soon experience conflict with elephants. It is also teaching communities how to map their land and manage it more sustainably.

Village representatives, schools and authorities across 190 villages have been trained in how to peacefully co-exist and value elephants – reaching over 12,000 families, and helping safeguard their livelihoods without harming elephants.

Projects like this are illustrative of the ‘win-win’ approach encouraging sustainable livelihoods whilst conserving some of the world’s iconic and endangered species and landscapes, which benefits us all.

2019 marks the Government’s Year of Green Action, a year-long drive to help people to connect with, protect and enhance nature.