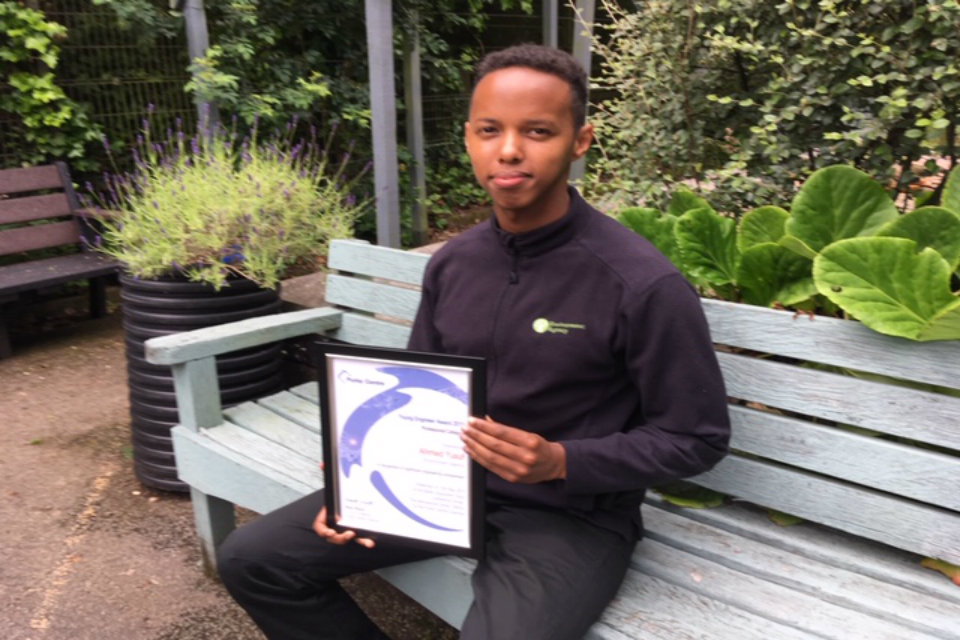 Ahmed, 26, who is based at the Environment Agency’s office at Fradley near Lichfield, was named Professional Young Engineer of the Year by the Pump Centre. The Pump Centre is a network of 100-plus companies working in the water industry’s engineering sector.

In order to win the award, Ahmed had to present to a panel of judges a summary of some of the work he has done over the past year. That included completing a peer review in New Orleans on storm surge barriers, being technical lead on panel replacements for groundwater pumping stations, working on a national statutory inspection service provider contract and adapting an app to include storm surge information. He won £250 and entrance to a training course with the Pump Centre.

Ahmed has worked for the Environment Agency for 3 years since gaining a Masters in Electrical and Electronic Engineering. He joined the organisation through its MEICA (Mechanical Electrical Instrumentation Control and Automation) graduate scheme and works in the Midlands team to reduce flood risk.

Following his success, he said:

Winning was quite humbling really. I definitely feel privileged and proud but it wouldn’t have been possible without the support of colleagues in the Environment Agency and I’m grateful to them.

Environment PM Theresa May: we will end UK contribution to cli…
0
✖